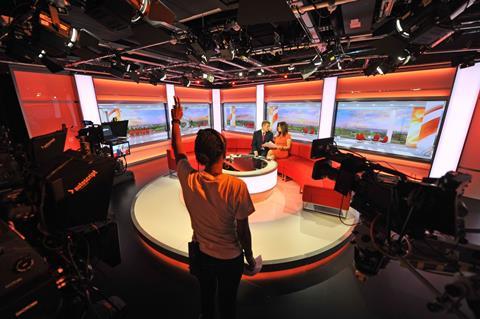 BBC: To cut more jobs from News and current affairs

The BBC is to cut 520 jobs from its news operation as part of a cost savings drive.

This includes 450 job cuts that were announced as part of an £80m savings drive in January, and then put on hold due to the Covid-19 crisis.

Drawing on the lessons of operating during Covid-19, BBC News said it would use fewer studios and make significant reductions to its operations staff.

A reduction in output means BBC News will also reduce its pool of presenters. The cuts will include senior management posts.

BBC News blamed the increased financial pressure on the corporation as a result of Covid-19 for the additional in job losses, which is 70 more than the 450 announced in January.

The BBC said it would concentrate on fewer stories, with journalists pooled in centralised teams, rather than working for specific programmes.

The BBC News Channel and BBC World will continue to share some output in the mornings and evenings, as they have done during the Covid-19 crisis, although they will remain separate channels.

The Andrew Neil Show will disappear from BBC schedules.

On BBC World Service, World Update and The World This Week will end, while daily current affairs show Newsday will shorten in length.

Earlier this month, the BBC also announced it is to cut 450 jobs in its English regional TV news and current affairs, local radio and online news. More than 150 roles are also due to be lost in Scotland, Wales and Northern Ireland, the corporation announced in June.

The proposed cuts are on top of the redundancies announced this week.

Director of BBC News and current affairs, Fran Unsworth, says: “Covid-19 has changed all of our lives. We are still covering the most challenging story of our lifetimes. During this crisis audiences have turned to BBC News in their millions and I’m incredibly proud of what we, as a team, have been able to achieve.

“But if we don’t make changes, we won’t be sustainable. This crisis has led us to re-evaluate exactly how we operate as an organisation.  And our operation has been underpinned by the principles we set out earlier this year - fewer stories, more targeted and with more impact. We’re aiming to reach everyone, every day. For BBC News to thrive, and for us to continue to serve all our audiences, we have to change.”