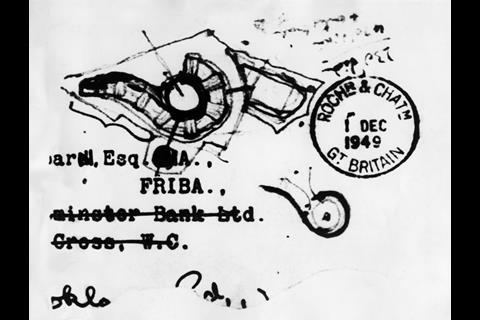 This architect's Doodle from 1949 shows the famous question mark design for Television Centre (TVC). The design for TVC began by Graham Dawbarn C.B.E, M.E., F.R.I.B.A, was doodled on an envelope while discussing the project with M.T. Tudsbery, the BBC’s civil engineer. 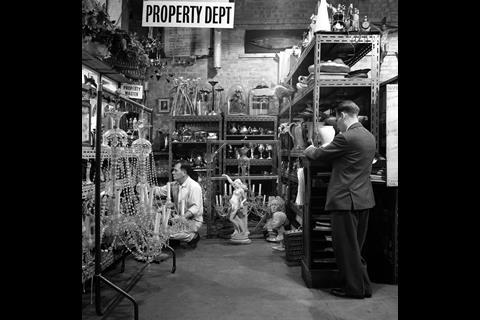 A corner of the Property Department at TVC in June 1960. 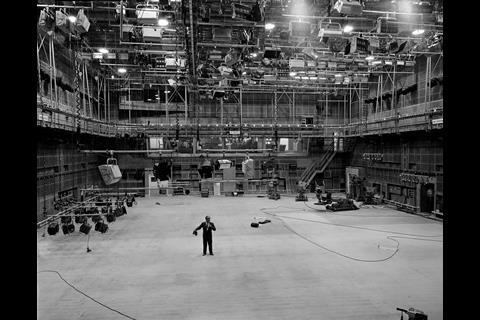 Comedian Arthur Askey visiting Studio 3 in June 1960, when the studio went live for the first time to present a variety show called "First Night" which showed the size and potential of the new studio. 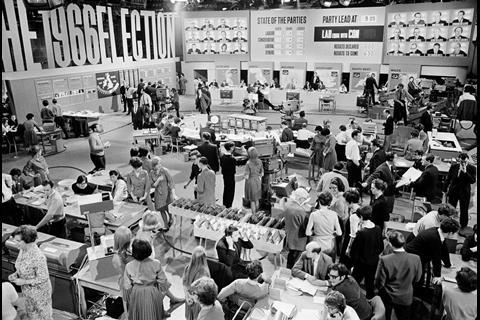 The stars of Steptoe and Son, Harry H Corbett and Wilfrid Brambell, in a studio in Television Centre in 1970. 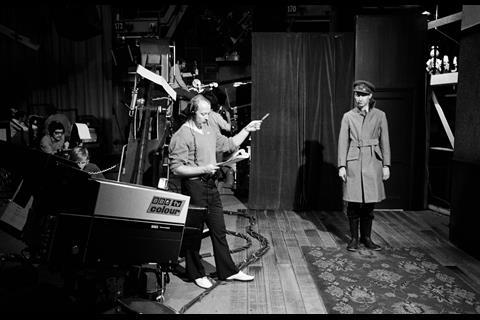 Dad’s Army rehearsing on set. The photograph was taken for an photo exhibition that was put on by the BBC Studio Management department in 1973. 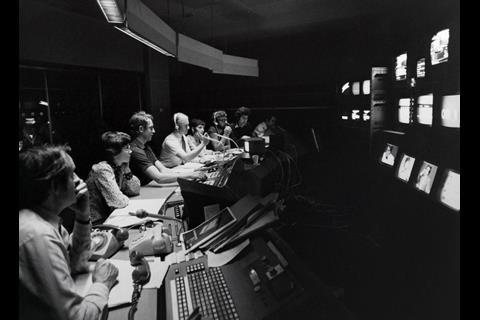 The director's gallery during a dry-run for the General Elections programme in 1977. 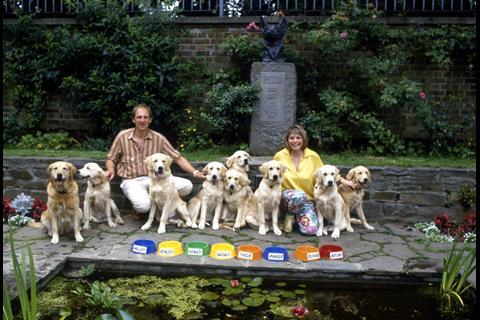 Blue Peter presenters Simon Groom and Janet Ellis in the garden with Goldie and her puppies at a photoshoot for the Radio Times. 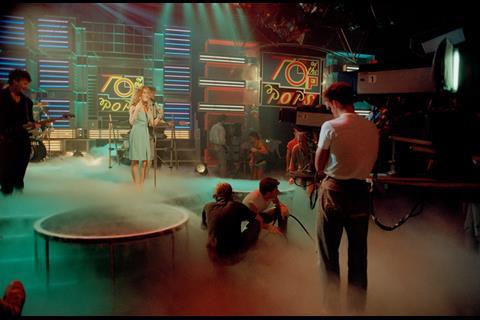 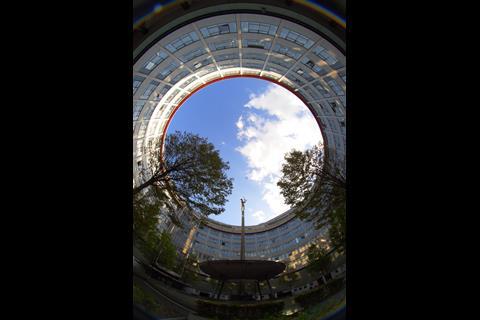 The central courtyard known as the 'Doughnut' in the Main Block, TVC. It is one of a series of images taken by staff member Peter Sumpter before the closure of TVC in March 2013. 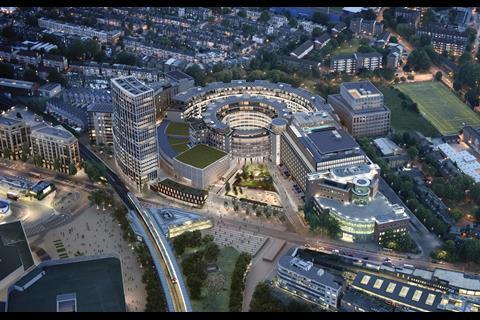 An aerial view of the redeveloped Television Centre. 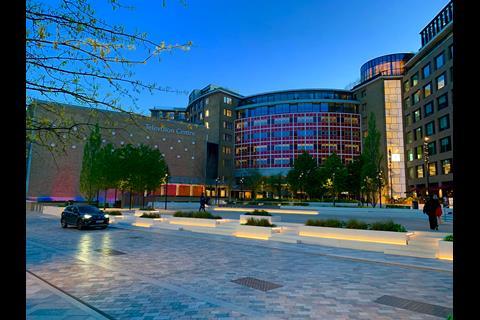 Another view of the redeveloped Television Center, taken in April 2019.

The BBC is today celebrating the 60th anniversary of Television Centre, the iconic London studios and offices affectionately nicknamed the “Hollywood of Television”.

To mark 60 years of the West London landmark, which was the BBC Television headquarters between 1960 and 2013, the BBC has released previously unseen images that take viewers behind the scenes at TVC.

Designed by Graham Dawbarn and officially opened on 29 June 1960, BBC Television Centre was the first purpose-built centre for television production to be conceived, and one of the largest and most technically advanced production hubs in the world.

Throughout its history, BBC Television Centre was a hive of activity which played a part in major cultural events, hosting programmes such as the UK broadcast of the EBU’s Eurovision Song Contest, numerous general elections, British dramas and comedies such as Doctor Who and Absolutely Fabulous, and the longest running children’s TV series in the world, Blue Peter.

When it was first built, TVC consisted of eight studios and spanned seven floors of offices, scenery blocks and engineering workshops. The archival photos, shared here by IBC365, show how TVC evolved over the years, and the role it played in marking major milestones and global events.

Professor Jean Seaton, BBC Historian, says: “These photos of Television Centre - never seen before - show the elegant modernism and ambition of a building that was the largest television production centre in the world when it went up. The wide building which nestled in a corner of West London can be seen being built, planned, and then rising up natty with its ‘holes’ (the architect got the idea from tin-tacks in a sheet of paper) and distinctive lettering.

The building is no longer owned by the BBC, having been sold to developer Stanhope for around £200 million as part of wider efficiency plans in 2012. It now consists of apartments, office space, a cinema and a hotel.

TVC is still home to two of the BBC’s commercial arms, BBC Studios which resides in a remodelled Studio 6, and BBC Studioworks, the studio operating arm of the BBC, which redeveloped Studios 1, 2 and 3. It reopened the doors to all the major broadcasters and production companies in 2017, where it has played home to a number of ITV productions including This Morning and Good Morning Britain.

Andrew Moultrie, CEO of BBC Studioworks, said: “Our Television Centre facility is thriving and remains dedicated to what it has always been famous for - creating unforgettable television. Our studios have retained their rich heritage with original features preserved in their design, but they’ve been advanced and upgraded with leading technology and ancillary facilities, providing a premium hub that’s fit for production today and for many years to come. We’re proud to be operating from one of the most iconic TV studio locations in the world and are committed to ensuring we remain a key contributor to the UK’s outstanding creative sector.”