To mark its 100th anniversary, the BBC has published a full listing of the radio programmes that were available in its very first year in operation on the BBC Programme Index.

The listings, from December 14, 1922, reveal an unfolding media revolution as the wireless became the mass media format of the age. 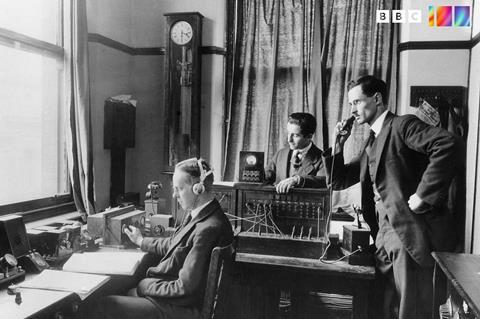 The listings include a number of BBC ‘firsts’, including the first weather forecast, the first sports commentary, the first live concert, the first outside broadcast and the first children’s radio programming.

They also reveal the first election coverage which fell on day two of broadcasting, the day the country went to the polls to elect a Conservative government led by Andrew Bonar Law.

Robert Seatter, Head of BBC History, said: “As we mark the BBC’s original broadcast one hundred years ago today, we offer for the first time ever a published listing of the earliest radio programmes from 1922 to 1923. It paints a vivid picture of the evolution of broadcasting as well as capturing a unique snapshot of the social history context of the UK.”

The Programme Index is a searchable database of 100 years of BBC TV and radio broadcast listings. The newly assembled listings provide the most comprehensive record available of the known programmes that went on air from November 1922 until the publication of the first Radio Times in September 1923.

This includes listings from the BBC’s first radio stations: 2LO in London, 2ZY in Manchester, 5IT from Birmingham, 5NO from Newcastle, 5WA from Cardiff and 5SC from Glasgow. Until now complete listings from the first year were largely unavailable to view in one place.

This new compiled information, alongside the previously published complete Radio Times listings, means it is now possible to explore details on the BBC Programme Index of over 10 million programmes, from the BBC’s first day of broadcasting up until the present day.

The Programme Index now holds stories about the early workings of the BBC and the pioneering staff that exploited the power of this new technology while inventing the very idea of broadcasting.

In the early days of broadcasting, there were few rules or standards to follow, and the listings show BBC radio pioneers innovating, experimenting and organising their output into what would become the established language of broadcasting. One example of this is, in the early days, news bulletins were read twice - once quickly and once slowly - and listeners were asked to write in with their preferences.

BBC ‘firsts’, listed in the BBC’s Programme Index, include:

A more detailed account of the election day broadcast on 2ZY is provided by the Liverpool Echo: “At 8pm a musical programme (from gramophone records) was given interspersed with election results, both of which were still coming through at midnight. The first result sent out from London was timed 10 o’clock and was heard in this manner by those listening in: - “Hullo, hullo! 2 L.O. London Broadcasting Station calling.’ Stand by for the first election result. The first result is from the Wallasey Division. Sir R. R . Chadwick, Conservative, 17,108; Morris, Liberal. 9,984, Conservative majority, 7,524”.”