The BBC and ITV have historically shared the broadcast of World Cup matches but the World Cup 2022 in Qatar is the first time the two have joined forces on production, reports Adrian Pennington.

It is both a cost-cutting and carbon reduction exercise which will see reduced headcount of technical teams in Doha. 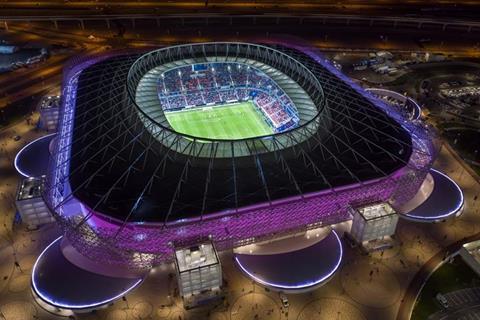 “The big thing for this World Cup is our partnership with ITV in terms of technical provision,” said Phil Bigwood, Executive Producer, BBC TV Football. “Neither broadcaster could have gone ahead with such an ambitious production plan without the other. It’s been a major plus in enabling us to put more facilities in the UK and to share technical crew.”

Timeline is the facilities provider for the joint technical effort. It has outfitted studios at each of the eight stadia, equipped a production gallery at the IBC in Doha and rigged another at HQ3 in Dock10.

Timeline is also providing core technical crew to both broadcasters including a unit manager, camera lead and sound lead at each venue working with key production personnel such as directors hired by each broadcaster.

World Cup Final matchday director Colm Harty is the BBC’s lead, for example, alongside programme editor Richard Hughes. Both are Match of the Day regulars.

As many as 20 individual feeds captured by host broadcaster HBS will be fed into the IBC then routed back to Salford for either switching locally at MediaCity or back in Doha. Both arrangements make use of ‘remote surface production’ where the hardware processing the feeds is taken care of in Timeline’s truck parked in Salford and production itself for sound, graphics, VT and vision is mixed remotely in either gallery using control panels interfaces.

“Broadly, the bigger matches will be directed from Doha where the lead editorial crew is closer to on-air talent,” said Bigwood. “There are also certain occasions where there are back-to-back matches and simultaneous matches where we could not produce it all out of one gallery - so we are flip-flopping between the two.”

With feeds being shuttled over belt-and-braces fibre from Qatar to Manchester and back again, any delay in transmission was first among Bigwood’s questions of this technical proposal. 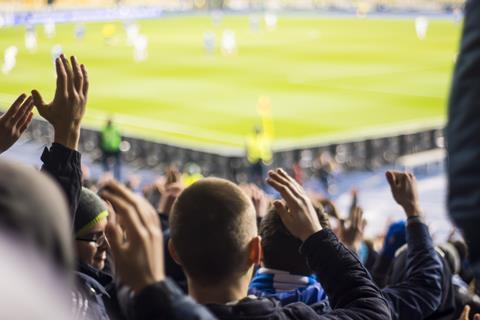 “If we have an OB gallery in Salford and Gary Lineker in the studio in Qatar what sort of impact will that have on the camera cuts or the prompter? We worked through it and from where I sit I’m satisfied that the latency glass to glass will be in the order of half to three quarters of a second.”

That’s for broadcast to TV with live streams to iPlayer possibly longer.

“We only ever use satellite for backups because of the delay and susceptibility to weather issues,” said Bigwood.

When FIFA brought forward the opening match between Qatar and Ecuador by a day this required some rescheduling but most of the planning for which gallery was assigned to which match has been locked for months.

“To be honest there was quite a strong financial consideration to having two galleries. As the tournament progresses into the last sixteen and beyond we won’t want to keep two galleries and all staff in place.”

BBC and ITV are taking the full package of HBS feeds augmented by unilateral camera teams on the ground. The BBC, for example, will have feeds from the Wales and England camps. A separate news team will also provide material for programme features.

On-site presentation will be delivered in what Bigwood calls “a BBC FA Cup style” than from a main central studio as used for the last World Cup in Russia.

“We’ve gone down the route of presenting from each venue because it gives greater proximity to the game and to the talent.”

“The studio is literally in a box at each stadia and because of that and the intense match schedule in which we have to derig the BBC set for ITV to rig theirs and so on there is not the time to rig a full Augmented Reality set.”

While the BBC plan to show all the games that are scheduled on BBC One in UHD and to stream most of its 33 matches in UHD HDR on BBC iPlayer, most innovation is being reserved for online and digital.

“TikTok and Instagram Reels are big platforms for us in terms of vertical video highlights and because all talent is in one place we’ve greater opportunity for them to interact with fans.”

Q&As with talent and quizzes are among the interactivity on offer. Its live online text pages are among the most viewed and the BBC will offer a new ‘uploader feature’ for fans to send in user-generated pictures and content. Bigwood also promises a titles sequence unlike any BBC football titles before.

Social media and online will also feature more behind the scenes videos of Qatar – “we’re all familiar with the issues,” Bigwood notes.

BBC Sport’s YouTube channel will feature highlights of every game, while Facebook will deliver a mix of news stories, imagery and video – including match action. 5 Live Sport and BBC Sport Wales socials will be home to bespoke digital content straight from within the England and Wales camps.

Video journalist teams are in Qatar but once again the majority of the short form video and digital teams will be in Salford.

“On iPlayer there will effectively be a whole channel devoted to the World Cup with additional studio content 24/7. We are really focused on innovating digital around the World Cup.”

Bigwood used to be a match day director and has executively produced World Cups since 2002. His planning for Qatar started six months after Russia. He said there’s an advantage to hosting in such a small country – as opposed to previous tournaments in Brazil, South Korea / Japan or Russia – in that internal travel is a matter of a few kilometres.

“It’s very unique in terms of location and proximity of all stadia. FIFA and HBS were very much on the front foot with broadcasters and that has been productive in terms of the way broadcasters might want to cover it.”

Planning began in earnest three years ago and ramped up in recent months. As is the way of things, many details are being ironed out at the last minute.

“The main challenge is logistical. We knew we planned to present from stadia a long time ago but it requires a lot of work to fit people into such a small space and how we get those people to and from venue. A lot has happened quite late in Qatar and is only now starting to fall into place. Qatar has never hosted an event of this magnitude before so it’s just about understand what we need in order to make it run smoothly.”