BBC Studioworks is building on its partnership with Elstree Studios with “significant investment” being made across the facility.

The improvements include dressing room refurbishments, improved accessibility and a complete redecoration in terms of flooring, wall protection and corridors within the areas operated by BBC Studioworks. 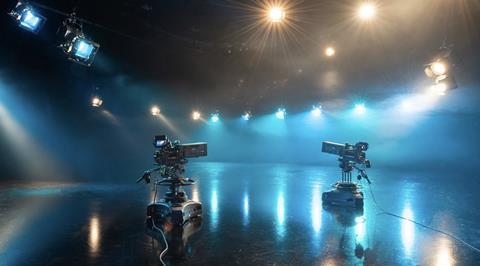 Elstree Studios have an extended agreement with BBC Studioworks

BBC Studioworks has also extended its lease meaning it will continue to operate Stages 8 and 9 until March 2029. It will also take full control of the sound stage, George Lucas Stage Two, until December 2024.

Aligning with work already underway at Elstree Studios, both parties have committed to all three Stages being net zero by 2030. Improvements to help reduce the environmental impact of the facility, including a new heating system and new dock doors are already in progress with further plans to follow.

“We’ve enjoyed nine fantastic years at Elstree Studios, and with the raft of planned improvements, we’re committed to providing a first-class customer experience here for years to come, said Jon Noakes, commercial director of BBC Studioworks. “We’re confident the investment being made will significantly upgrade and modernise the site ensuring it remains a market-leading facility in which to produce award-winning TV.”

Elstree Studios acting managing director Chris Denmead said “This extended agreement is great news for Elstree, reconfirming our commitment to terrestrial TV and having a mixture of formats on the site. The long-term commitment from both sides gives Elstree the ability to invest in and modernise its facilities whilst concentrating on sustainable solutions and maintaining its position as a market leading facility.”

BBC Studioworks set up operation at Elstree Studios in 2013 to temporarily house parts of its business while Television Centre was being redeveloped. The facility now hosts shows such as BBC One’s ‘Strictly Come Dancing’, ‘Would I Lie to You?’ and ‘Pointless’, ITV’s ‘The Voice’ and ‘The Chase’, Sky Max’s ‘A League of Their Own’ and ITV2’s ‘Celebrity Juice’ and ‘Don’t Hate the Playaz’.