BBC Three returns as a broadcast channel this week – nearly six years after it moved online.

The return of BBC Three to linear television was given the green light by broadcasting regulator Ofcom in November. 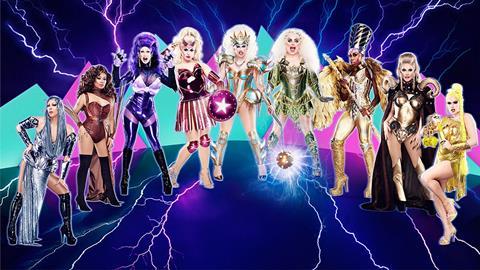 The watchdog said the relaunch would help the BBC reach younger viewers, particularly those from lower-income homes and those living outside London and the South East.

It also stipulated the BBC must ensure that at least 75% of hours broadcast each year must be original programmes.

The BBC announced in March 2014 that it was planning to move the channel online, and in 2016 BBC Three was replaced by an online-only version available on iPlayer.

The return of BBC Three as a linear channel is part of a BBC attempt to arrest a decline in young viewers to its programming.

At a launch evening for the channel, Fiona Campbell, Controller, BBC Three said: “I want BBC Three to look and sound different to anywhere else and I want to shout the loudest in every way we can that the BBC is there for you no matter where you are from and who you are.”

She said that in 2021, BBC Three titles had been streamed over 294 million times on iPlayer, with success stories including Normal People, RuPaul’s Drag Race UK, This Country, Angels of the North and Defending Digga D.

But, she added that public service broadcasting is about “providing universal accessibility and there is huge value in a broadcast channel alongside an on-demand service.”

“Make no mistake, when it comes to content discovery, a BBC broadcast channel still has a massive role to play. It’s a signal that showcases talent, extraordinary moments, builds creative IP and can drive mass conversation in the world.

“We know the landscape has changed but live broadcast TV delivers the most overall viewing for UK audiences. It still matters. Last week, over 80% of the UK watched broadcast TV. And, crucially, two thirds of 16-34s watched broadcast TV. Of course, they do this as well as stream. Having a broadcast channel alongside iPlayer is an opportunity to maximise our reach.”