Belfast filming facility Titanic Studios has been put up for sale.

The 42,000 sq ft unit is currently under license to HBO and was famously a home for eight seasons of Game of Thrones. 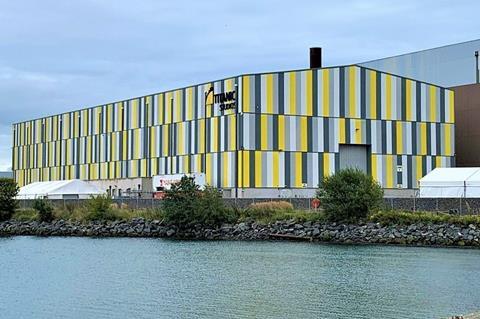 Other productions to have used the studios include Walden Media and Playtone Productions’ City of Ember and Universal Pictures’ Your Highness, and most recently Paramount Pictures’ film adaptation of Dungeons and Dragons.

The building includes what is known as MacQuitty and Hurst Stages set within a huge standalone steel portal framed building.

Mark Riddell, director at Riddell McKibbin commented: “This is a truly unique space and there will be no doubt much excitement as this studio, now known all over the world due to shows filmed here, comes to the market.

“The studio is a once-in-a-lifetime investment opportunity for any purchaser and so we would not expect this to remain on the market for long.”

The three-acre site, held on a 250-year lease from Belfast Harbour Commissioners, is situated directly adjacent to the Titanic slipway and Victoria Wharf on the eastern side of the River Lagan, where it meets Belfast Lough.