BT has finalised a deal with Warner Bros. Discovery to form a 50:50 joint venture company to create a new premium sport offering for the UK & Ireland.

The deal brings together the sports content offering of both BT Sport and Eurosport UK, which together control sports rights including the Champions League, the Premier League, Premiership Rugby, UFC, the Olympic Games, tennis Grand Slams and cycling Grand Tours. 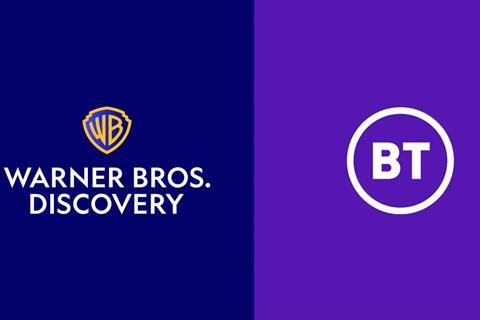 Both BT Sport and Eurosport UK will initially retain their separate brands before being brought together under a single brand in the future.

The telecoms group confirmed in February that December 2021 rumours of discussions with Warner Bros. Discovery had progressed to exclusive talks with Discovery, opting against a sale of BT Sport to streaming company DAZN.

BT will receive £93m from Warner Bros. Discovery and up to £540m by way of an earn-out from the JV, subject to certain conditions being met.

BT plc will retain a 50% interest in the JV. But, as part of the deal, Warner Bros. Discovery will have the right, but not the obligation, to exercise a call option to acquire BT’s entire shareholding at specified points in the first four years of the JV. For BT, the deal gives it the opportunity to stage a managed exit from sports broadcasting.

Marc Allera, CEO BT’s Consumer division, said “As a global sports and entertainment broadcaster Warner Bros. Discovery is the perfect partner to work with us to take BT Sport to the next stage of its growth.”

Andrew Georgiou, president and managing director, Warner Bros. Discovery Sports Europe said: “We are excited to bring fans a new premium sport offering that brings together everything they love from BT Sport and Eurosport UK. Combining this with our growing portfolio of premium entertainment content promises to deliver consumers a richer and deeper content proposition, not only providing greater value from their subscriptions but bringing sport to a wider entertainment audience.