BT has entered into exclusive negotiations with Discovery to create a joint venture for its BT Sport business.

The talks edge out streamer DAZN, which had been viewed as a frontrunner in a future deal for BT Sport. 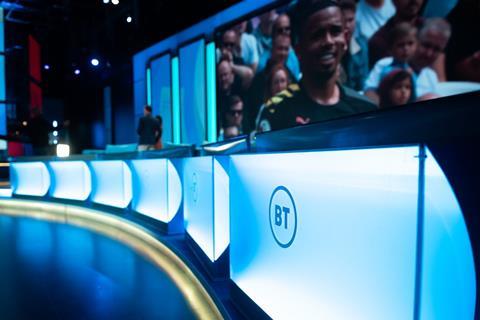 BT said the new business would be a 50/50 joint venture, bringing together BT Sport with Eurosport UK. BT added that the new combined business would remain committed to retaining BT Sport’s existing major sports broadcast rights while BT Sport customers would get access to Discovery’s sport and entertainment content, including the discovery+ app.

This would combine a wide catalogue of sports broadcast rights spanning the English Premier League and Uefa Champions League football matches in the UK, the Olympic Games, cycling’s Grand Tours and the tennis Grand Slams, as well as other major sporting events.

BT Group are aiming to conclude the exclusive discussions with Discovery in Q1 for the new company to be operational later this year, subject to completion of the deal and approval by the relevant competition authorities.

Marc Allera, CEO of BT Consumer, said: “The proposed joint venture with Discovery, Inc. would create an exciting new sports broadcasting entity for the UK and would act as a perfect home for our BT Sport business. With a shared ambition for growth, as well as the combination of our world class sports assets along with Discovery’s premium sports and entertainment content, our customers will benefit from even more content in more places.”

The deal comes as Discovery is itself in the process of merging with WarnerMedia.