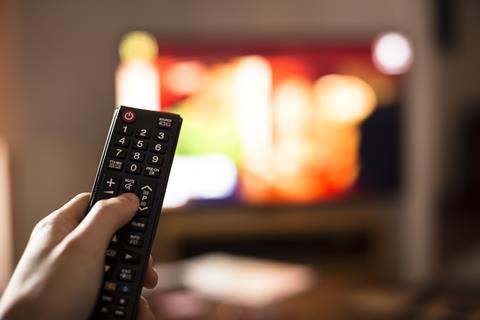 Connected TV: 56% of viewers say it is primary way they want television

Connected TV viewership has grown to reach 50% of households in Europe’s five biggest markets, according to a new report from video advertising platform SpotX.

Approximately 40% of all internet-enabled and TV households now own a smart TV in the UK, Germany, France, Italy and Spain. When streaming devices and gaming consoles are added, this equates to a 50% reach in CTV viewership – representing 61.5 million households.

Of these, the SpotX survey found that 45% of internet-enabled and TV households watch CTV on a regular basis.

Conducted by research firm Statista, the report found that, contrary to popular belief, Generation X represents the largest generational segment, representing 43% of all CTV viewers. This is more than Generation Z and millennials, which represent a combined 32%.

The median age of CTV viewership across Europe’s big five markets is 43.

Saturday is the most popular streaming day and Saturday evening is when streaming is at its highest across all markets, according to the report.

Millennials are the most likely to spend the most amount of time streaming CTV content – especially in the UK and Spain, where three-quarters of their time spent watching television is through CTV.

Flexibility and variety are cited as the top reasons people watch CTV. Cost, on the other hand, is not mentioned a significant consideration, with only 6% of European respondents ranking it as the most important reason that they stream.

The majority of CTV viewers (69%) said they watch ad-supported content and more than half (58%) said that they prefer to watch free ad-supported programming versus paying for an ad-free experience. Only 22% of respondents said that seeing ads within programming bothers them.

Across all the major European markets, households owned an average of one to two

Commenting on the findings Léon Siotis, president EMEA at SpotX said: “Growth in CTV has accelerated in recent years, both in terms of adoption and viewership, driven primarily by consumer demand and the entrance of new streaming services into the markets. With 50% reach in CTV viewership representing 61.5 million households across Europe’s biggest markets, advertisers are increasingly recognising its power to efficiently and accurately reach target audiences at scale.”