The trend is towards support for both built-in and third-party voice assistants as manufacturers work to accommodate more flexible living patterns, writes David Davies 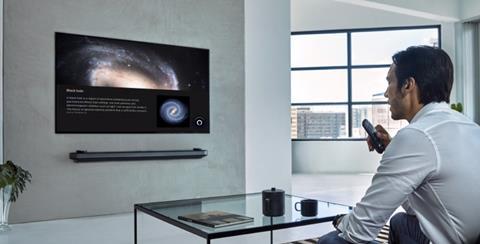 Drawing on market forecasts as a global pandemic ravages the globe can easily feel like a fool’s errand. But assuming that the consumer device manufacturing sector emerges from the current crisis in a relatively unscathed manner, then it could still be that the forecast – issued this week by ResearchandMarkets.com – that the worldwide speech and voice recognition market will grow with a CAGR of 20% from 2019 to 2024 won’t prove to be too far off the mark.

The rise of “voice control-based smart assistive devices” in consumer and enterprise verticals is among the primary drivers of the boom, says the report, along with applications including speech-based biometrics for multi-factor authentication and voice authentication in mobile banking.

In terms of TV manufacturing, voice control now appears to be moving towards a state of maturity. Most of the leading brands – LG, Panasonic, Sony, etc – support multiple assistants, including both their own and third-party platforms. Amazon Alexa, Google Assistant, LG ThinQ and Samsung Bixby remain the leading voice assistant technologies in the sector at the moment, and there is no great reason to suspect this will change much in the near-future.

As with previous design trends the onus will increasingly be on manufacturers to deliver greater functionality and ease of use as points of commercial difference. Of the former, increased capability to integrate with other household systems and adjust the overall viewing environment – for example, by creating a specific ‘mood’ through different backdrops when the set is off and the use of lighting control – will be critical. Of the latter, making voice command as instinctive as traditional button-oriented control will be the surest way of guaranteeing that consumers make the transition en masse. 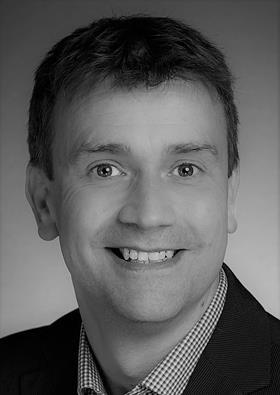 Tim Matthews, senior B2B product manager at Vestel – which produces TVs sold under brand names including Toshiba and Hitachi – confirms that voice is now “an increasingly common and expected feature of consumer technologies today – not only within TVs but also speakers and smartphones, and with the ability to then manage other household items as well.”

Voice control at CES
The majority of manufacturers introduced higher-end sets with multiple voice control capabilities during CES in January. Samsung is a case in point, with its 2020 QLED 8K TV line offering extended capabilities – including the ability to set different backdrops according to mood instructions – via its own Bixby assistant, as well as the option of integrating with Amazon Alexa and Google Assistant.

The company tends to place voice control in an overall smart home context as well as one that makes it quicker and easier for viewers to access greater volumes of content in the streaming era.

Joe Stinziano, head of consumer electronics business at Samsung Electronics America, remarks that the current 8K line-up offers “unprecedented immersive capabilities and unparalleled smart features [that] empower consumers to pursue their passions more simply and more comprehensively than ever before.”

Similarly, LG continues along the track established in the last two years with support for different voice assistants as well as its own platform, LG ThinQ, which was introduced in 2017 and subsequently incorporated into products ranging from air-con systems to smartphones. After Google Assistant was added in 2018, LG’s 2019 TV heralded control via the Amazon Alexa app, enabling owners of compatible TVs to ask questions, control smart home products and access more than 90,000 Alexa Skills – all without the need for a separate external device. 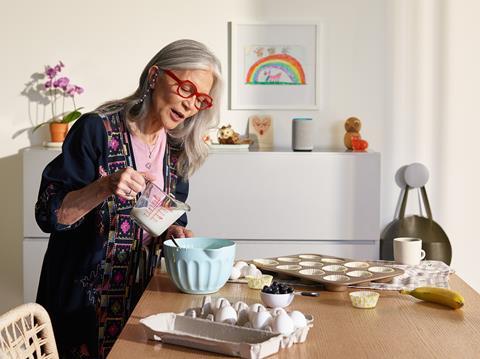 The technologies powering these assistants invariably remain ‘works in progress’. In the case of LG, the company says its latest TVs can “understand hundreds of voice commands and handle requests of greater complexity than ever” due to further evolution of its conversation voice recognition technology.

Brian Kwon, president of Mobile Communications and Home Entertainment companies at LG, remarks that “the addition of Alexa support is another example of LG’s commitment to simplifying our customers’ lives. We will continue to enrich the user experience going forward with a diverse range of convenient AI services and features.”

Not all manufacturers are directly encouraging consumers to use their own internally developed voice control technologies. Panasonic is one of the few major brands to not currently have a dedicated voice assistant, instead giving viewers a choice of Google Assistant or Amazon Alexa.

Elsewhere, Hisense is currently focused on a built-in Google Assistant, emphasising that with models such as the Q9G Quantum it is possible to search for and stream shows as well as “ask it questions and see the answers on the TV; have it dim the lights by connecting smart home devices; and manage tasks and see calendars without needing to grab another device.”

But like other manufacturers, Hisense tends to promote voice control within a broader context of functionality. A pricing message also remains important for the company, as indicated by marketing director Meaghan Wilkinson: “The 2020 Hisense line-up introduces next-generation TVs that are not only affordable and accessible, but will exceed expectations in terms of performance.”

‘Expanded use’ in everyday life
So how is voice control going to develop from this point? The consensus view is that, in general, it will be a narrative strong on additional functionality and deeper integration with other household systems. This is also likely to entail deployment alongside other emerging interactive technologies.

“The continued development of interactive technology will lead to the expanded use of voice in our everyday lives, as well as tools such as AI, gesture recognition, touch and BlueTooth,” says Ihsan Jan, co-founder and COO of voice control software and connected technologies specialist Sodaclick.

Developments in other sectors – not least retail, where multi-language capabilities are increasingly ubiquitous and voice control is being used for everything from wayfinding to sophisticated search – could also help to inform the technology evolves in consumer devices like TVs. After all, it does all tend to originate from the same impetus – to enhance ease of use.

As Matthews remarks, “voice control’s overarching benefit within the home environment is that it makes life easier for consumers, who can now action a variety of tasks without having to lift a finger.”

In closing it should be observed that there are some clouds on the horizon. Voice control’s probable centrality to the Internet of Things means that there are very legitimate concerns about security, especially if devices from many different manufacturers are ultimately residing on a single home network. It is perhaps no surprise, therefore, that security was one of the hot topics at CES 2020, with some suggestions that there will need to be greater standardisation over time. Whether or not that transpires, it may well be that manufacturers who can prove their robust security credentials alongside increasing functionality and ease of use will be best-placed to reap the rewards of this dynamic area of R&D.