Discovery elbows in on sale of BT Sport

Discovery is in talks to partner with BT Sports in deal that could derail the sale of the UK telco’s TV network to sports streaming service DAZN.

Eurosport-owner Discovery has offered to create a joint venture with BT as part of an effort to create a powerful player in British sports broadcasting, according to the Telegraph. 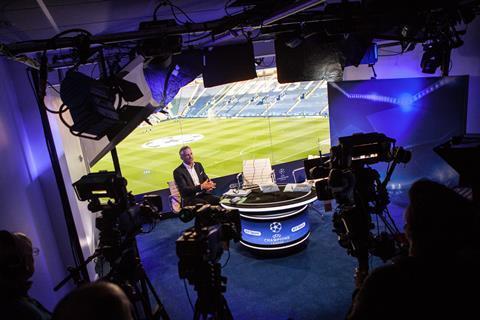 Talks between DAZN and BT Sport of over a £600 million sale have reportedly become stuck over commercial details, allowing Discovery to enter the mix with an alternative offer.

Under the reported plans, the two parties would pool their sports broadcasting assets to create a powerful joint body.

BT Sports has the rights to screen English Premier League and Europe’s Champions League football matches in the UK, while Discovery owns Eurosport and has the European rights to the Olympic Games.

According to the reports, the partners would aim to make cost savings over time in a deal that would see BT sell out at some point.

A spokesperson for BT told City AM: “BT can confirm that discussions are being held with a number of select strategic partners, to explore ways to generate investment, strengthen our sports business, and help take it to the next stage in its growth. These discussions are confidential.”

BT’s sports service is part of its customers’ broadband subscription, which has prompted DAZN to seek long-term assurances that BT would cover the loss of revenues if its sports customers cancelled their subscriptions – a request the telecoms giant is said to have rejected.

Meanwhile, BT has reportedly sought guarantees that its subscribers will be able to have continued access to DAZN’s services, and that they will not encounter streaming blackouts.

Discovery is also in the midst of a multi-billion dollar deal to take over WarnerMedia, the group currently owned by AT&T.