The Film and TV Charity has urged the industry to participate in its 2022 Looking Glass mental health survey.

The charity is offering incentives to encourage participation, saying that ‘survey fatigue,’ combined with busy post-lockdown schedules is having an impact on the survey completion rates. 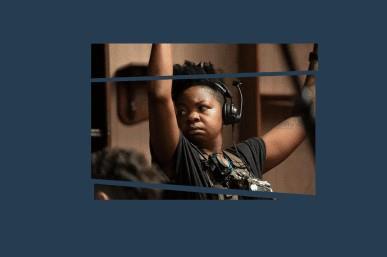 The prizes for taking part in this year’s survey include a three day pass to the Edinburgh TV Festival, which run from 24 – 26 August; a ticket to a future Royal Film Performance (previous performances have included Top Gun: Maverick, 1917 and Spectre); and a Cineworld Unlimited Pass for a whole year.

The Charity’s first Looking Glass report in 2019 unveiled shocking statistics about the mental health of many working in the industry.

Nine in 10 respondents to the survey said that they had experienced a mental health problem.

A further Looking Glass Survey in 2021, commissioned to capture how film, TV, and cinema workers were responding to the challenges presented by the pandemic, reported that just one in 10 people agree that the industry was a mentally healthy place to work.

Data from previous versions of the Looking Glass Survey has led to the creation and development of the Charity’s Bullying Advice Service, The Whole Picture Toolkit and financial support.

The Film and TV Charity is asking everyone working behind the scenes in UK Film, TV or cinema - from commissioners to camera operators, directors to cinema projectionists.

The Charity says it wants to hear from those from under-represented groups including: Black, Asian, and minority ethnic people; people who identify as LGBTQIA+; people with caring responsibilities; disabled people; freelancers; and women.

The survey can be found at the following link: Take the survey