Film and TV studio to launch in space

The space station module will be built by Axiom Space, which specialises in human spaceflight services and human-rated space infrastructure. 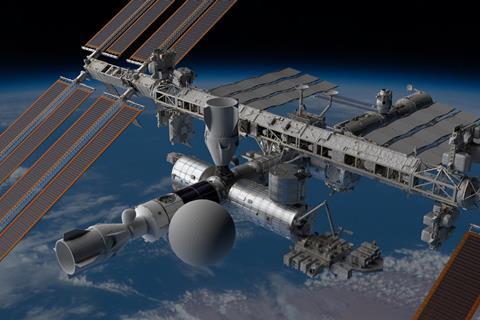 SEE-1 is planned to become operational in December 2024

SEE-1 is planned to launch in late 2024 and dock with Axiom’s commercial space station, Axiom Station, while it is connected to the International Space Station.

S.E.E is co-founded by Elena and Dmitry Lesnevsky, media entrepreneurs and film producers, who are producing the first ever Hollywood motion picture filmed in outer space.

The company is currently in discussions with investors and commercial partners on the project with a further fundraising round planned shortly.

“Dmitry and Elena Lesnevsky, co-founders of S.E.E, said: “It will provide a unique, and accessible home for boundless entertainment possibilities in a venue packed with innovative infrastructure which will unleash a new world of creativity.

In addition to S.E.E. produced events, the space arena will provide the venue and production infrastructure for hosting and filming third-party content and events. 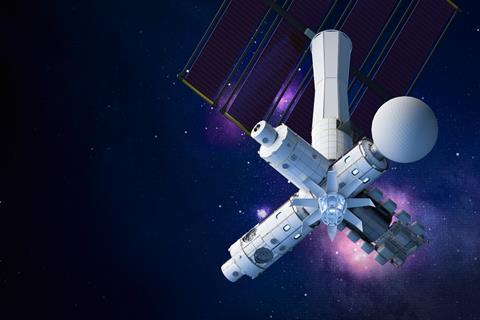 SEE-1 is planned to become operational starting in December 2024, early in Axiom Station’s on-orbit assembly. When the station’s initial configuration is completed and it is ready to separate from the ISS in 2028, the content creation venue will comprise one-fifth of its volume.

Axiom Space is the Original Equipment Manufacturer (OEM) for this SEE-1 project.

“Adding a dedicated entertainment venue to Axiom Station’s commercial capabilities in the form of SEE-1 will expand the station’s utility as a platform for a global user base and highlight the range of opportunities the new space economy offers.”

“SEE-1 will showcase and leverage the space environment in an unprecedented way,” Axiom Chief Engineer Dr. Michael Baine said. “The inflatable module design provides for around six meters diameter of unobstructed pressurized volume, which can be adapted to a range of activities – including an onboard state-of-the-art media production capability that will capture and convey the experience of weightlessness with breathtaking impact.”

Richard Johnston, COO, S.E.E. added: “From Jules Verne to Star Trek, science fiction entertainment has inspired millions of people around the world to dream about what the future might bring. Creating a next generation entertainment venue in space opens countless doors to create incredible new content and make these dreams a reality.”