Fremantle is backing global scripted alliance The Creatives, launched this week by nine leading production companies from eight different countries to house a slate of high-end drama series and films.

Spearheaded by France’s Haut Et Court, the production companies came together over the last year to increase their collective power in the fast-changing TV and film landscape. 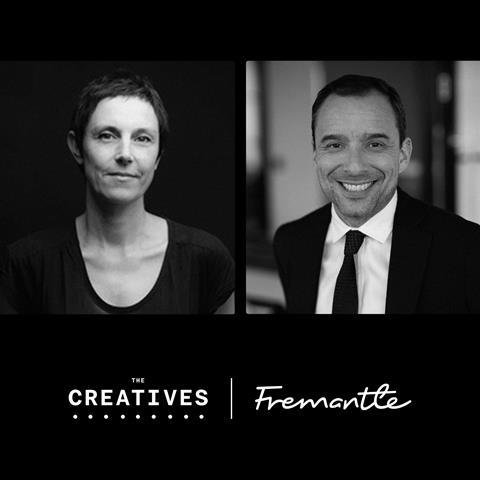 The Creatives alliance launched this week with help from Fremantle

The new label has struck a unique three-year partnership agreement with Fremantle, which will help develop and fund international dramas series working in collaboration with Christian Vesper, president of global drama at Fremantle, and Fremantle’s global drama team.

Between them, the nine companies have over 100 films and series in various stages of development or production. The films and series produced by the group will be signed under the newly formed label The Creatives.

The group will work closely together in co-production and strategic partnerships, information sharing, combining each other’s talent and networks. The Creatives said they are focused on sustainability, diversity, and fair practice, and bolstering talent relationships.

With production teams, companies and labels in 30 countries, Fremantle’s scripted credits include My Brilliant Friend, The Young Pope, American Gods, Neighbours and Enslaved - we are behind the world’s most-loved and most-watched shows.

In a statement, The Creatives said: “Nine companies, nine different identities, who want to keep their individuality and their cultures as well as that of the talent they work with. We cooperate, we exchange ideas, we develop, we produce, and we maintain our idiosyncrasies. In return, as a response to an exponential growth of the market, we offer writers and directors a home of a significant scale where they will benefit from a global approach. At the same time, they retain control of their stories and keep hold of rights, as much as possible. In this hugely competitive world, we all believe it is the only way to swim upstream and stay ahead of our competitors.”

Founded in 1992 and run by Carole Scotta, Caroline Benjo and Simon Arnal, Haut Et Court has film credits including Cannes Palme d’Or winner The Class, Coco Before Chanel and recent Cannes label hit Gagarine (2020). TV credits include The Returned, The Young Pope and recently Possessions for Canal + and No Man’s Land for Hulu and Arte, both in 2020.

Founded in 1999 by Jacques-Henri Bronckart. In 2020, Versus was a co-producer of No Man’s Land, produced Lost Bullet for Netflix and Bouli Lanners’ Scotland-set Nobody Has To Know. It is currently preparing the US remake of Mothers’ Instinct with Jessica Chastain and Anne Hathaway.

Founded in 2002 and run by Gerhard Meixner and Roman Paul, Razor’s credits include award-winning international features including Waltz With Bashir, Wadjda, Paradise Now, The Perfect Candidate, Copilot and Quo Vadis, Aida? while also producing TV and online content which brought the company the German TV Award and an Interactive Emmy.

Established by Eitan Mansuri and Jonathan Doweck in 2013, Spiro produces films and series for the local and international markets with recent series including When Heroes Fly (2018), sold to Netflix and being remade by Apple, and No Man’s Land for Hulu and Arte. Films include Yuval Adler’s thriller The Operative (2019), Nir Bergman’s Here We Are (2020) and Samuel Maoz’s Venice Silver Lion winner Foxtrot (2017).

Set up by Bruno Nahon and Caroline Nataf in 2014, Unité has produced series, including Mythomaniac and Twice Upon A Time, both for Arte and Netflix, The Churchmen for Arte, and films such as the recent titles The Braves (Cannes 2021), the comedy hit A Good Doctor (2019). Unité has just wrapped the shooting of Tirailleurs, coproduced and starred by Omar Sy.

Masha (USA) Maria Feldman’s New York-based company was founded in 2016 and specialises in creating international TV series for global audiences and its popular Israeli format False Flag is currently being remade by Apple with Uma Thurman. Other credits include Amazon’s Absentia with Stana Katic and No Man’s Land with Haut Et Court and Versus.

Good Chaos (UK) Former CEO of Protagonist Pictures Mike Goodridge set up UK-based Good Chaos in 2017 to produce film and series around the world. An EP on Oscar-nominated Quo Vadis, Aida? and co-producer on Ruben Ostlund’s next film Triangle Of Sadness, Goodridge has three features set to shoot this year and series in development with major film-makers.