Georgia Brown, head of Amazon Studios Europe, is stepping down from her role.

Brown is leaving after five years leading Amazon’s TV and film originals team in Europe to pursue an outside opportunity. 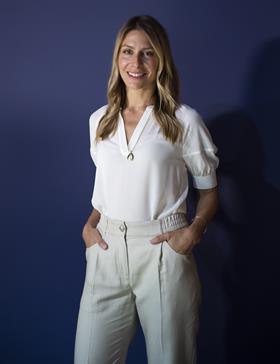 Brown heads up a team of over 200 people ranging from creative, business affairs, legal, production through to VFX locally across seven territories.

Across Europe, Amazon is now making over 50 shows and movies a year. They include Prime Video hits such as Clarkson’s Farm, The Grand Tour and All or Nothing: Tottenham Hotspur.

An internal memo from Amazon Studios boss Jennifer Salke and head of international James Farrell, said: “Since joining Amazon in 2017, Georgia has grown the team from a single person to now a fantastic organization poised for continued growth in seven different country offices spread across the continent.

“While the volume of local original titles launching each year continues to increase, under Georgia’s guidance the team has remained steadfast in our commitment to a curated approach, where we are working hand-in-hand with our European producing partners on every project to create the highest quality content and maintaining the strongest relationships with the production community and talent across the region. Quite an accomplishment to say the least.”

A replacement for Brown has yet to be announced.

In a memo to staff, Georgia Brown signed off with the following message. “To the EU Originals team: you are outstanding. The best in the business. Your commitment and drive to raise the bar has delivered exceptional, award winning and genre defining series and movies in the last five years, and will continue to do so for many more.”