ITV has agreed to acquire a majority interest of 79.5% in Plimsoll Productions, the world’s largest independent producer of natural history programmes. 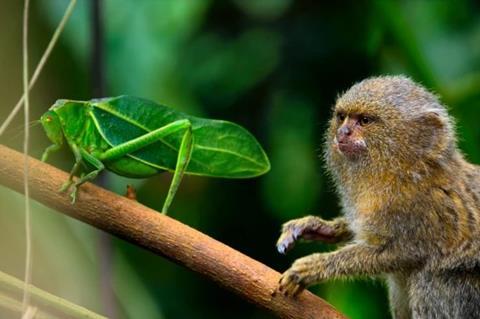 Founded in Bristol in 2013, Plimsoll is behind series including Tiny World and Giant World for Apple+; Hostile Planet and Supernatural Planet for Disney; Night on Earth and Animal for Netflix and the upcoming series, A Year on Planet Earth for ITV, Tencent in China, Fox Nation in the US and Ard Group in Germany.

Plimsoll will become part of ITV Studios’s network of international production companies, which includes labels such as 12 Yard, Mammoth Screen, Big Talk, Twofour and World Productions in the UK, Blumhouse and Leftfield in the US, Cattleya in Italy, Apple Tree Yard in Denmark and Gedesel and Tetra Media Fiction in France.

Before launching Plimsoll, Mansfield was head of production company Zodiak in the USA, managing director of RDF and the Commissioner of Factual for ITV.

ITV is acquiring the 79.5% of Plimsoll’s share capital from private equity firm LDC, Grant Mansfield and other existing Plimsoll shareholders for a cash consideration of £103.5m. This includes £85.5m payable to the existing shareholders and the repayment of Plimsoll’s financial net indebtedness at completion, expected to be approximately £17.6 million.

The outstanding 20.5% of share capital will be held by Mansfield and other members of the management team and strategic investors of Plimsoll.

There are Call and Put arrangements in place that will give ITV the option of acquiring the outstanding 20.5% of share capital. The amount payable by ITV for the remainder of Plimsoll’s share capital is dependent on Plimsoll’s profit growth performance in the period to 31 December 2027, is capped at £79.5m and payable from 2028 onwards.

Mansfield said: “The significant opportunities in the international premium unscripted market make this the perfect time for Plimsoll to join ITV Studios. There is a quite special strategic and cultural fit that will enable us to achieve our, now shared, creative and commercial ambitions for Plimsoll.”

Carolyn McCall, CEO ITV added: “Growing ITV Studios with an exciting pipeline of premium programmes is core to our strategy as we further diversify the business by genre, by geography, by customer and grow ahead of the market.