With several leading global services recently discussing the possibility of ad-supported tiers alongside existing subscription offers, it’s apparent that streaming is on the cusp of an intriguing new phase in its evolution. For UK-based broadcaster ITV, these developments must surely confirm the validity of its own recent work creating a new streaming platform, ITVX, which is due to launch later this year. 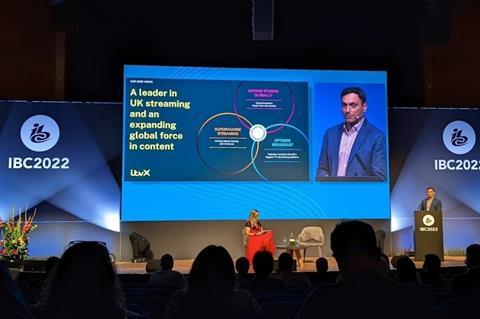 Billed as the UK’s first integrated advertising and subscription (AVOD/SVOD) platform, ITVX is being built on a new technical and user architecture, underpinned by a significantly enhanced data capability. In a marked change to its traditional approach, ITVX will also see the broadcaster adopt a “digital first windowing” strategy – premiering much of its content first on the streaming platform before subsequent screening on ITV linear channels.

Bagchee was bullish around the opportunites ahead:

“We announced earlier this year to our investors and to the city that our goal is really to double, double double. Our goal is to double our monthly active users to 20 million, to double the number of streaming hours on our streaming services to 2 billion streaming hours and double subscribers over the next five years.”

A new destination, not a catch-up service

“The biggest thing that we want to do is we want to move from being a catch up service to becoming a destination for discovery to becoming a true streamer,” Bagchee told a packed Keynote auditorium at IBC2022.

”One big thing we’re trying to do is increase the number of hours that you find ITVX - as a tech tip service last year we had just 1,500 hours on ITV hub, and what we are aiming to do is have 15,000 hours by the time we launch [ITVX] later this year, 9,000 hours of content in the free tier and 6,000 hours in the SVOD tier. We’re commissioning a new exclusive content for IDX - we will have live events - and things like the World Cup football will have 20 themed FAST channels, and we’re working with a number of content partners to bring lots more content onto the platform”, he summarised.

Acknowledging the remarkable growth of FAST (Free Ad-Supported TV) channels in the US, ITVX will also host an evolving inventory of themed and pop-up channels as part of a “curated” viewing experience. “FAST channels are definitely a place for people who want to discover content, but who sometimes feel overwhelmed by sifting through loads of stuff and are more used to the ‘lean-back’ experience that you get with [an EPG front-end],” says Bagchee. “FAST will allow them to dive in and out of [different genres and programmes] quickly and easily.” 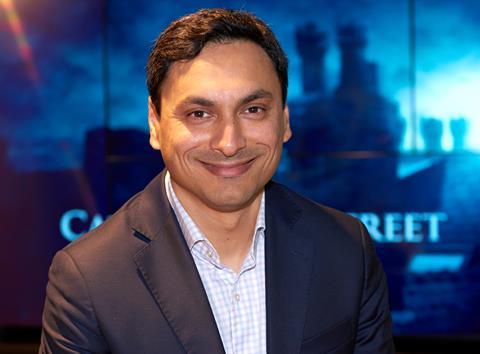 “Our goal with ITVX is that it becomes, in its own right, a place you go to look for programmes,” says Deep Bagchee, Chief Product Officer, ITV

Combining a free service supported by adverts with a “compelling” subscription proposition, ITVX’s arrival onto the increasingly dynamic streaming market is awaited with interest. Like many industry participants, Bagchee agrees that the pandemic had a profound impact on streaming, “driving up the viewing levels as people had more time to view. The industry is moving more and more towards streaming, and what you now see is that advertisers and broadcasters have a great ability to match audiences.” In ITV’s case, the construction of an integrated SVOD/AVOD platform will mean that it always has access to “a single source of truth” about its viewers, making it easier to “build great customer experiences”.

”The interesting thing we’re doing with ITVX, which is quite unique, is that from a windowing strategy, we will be launching shorts first and ITVX before they even go on broadcast, and then they’ll have their broadcast several months later. Our goal is to make ITVX a must go and a must be destination for our new exclusive content. Then we’ll have two windows, we’ll  have the first window on streaming and then a second window on air when it airs on there,” Bagchee concluded.