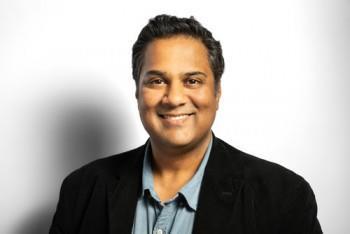 Bafta has appointed television producer Krishnendu Majumdar as its new chair, making him the first person of colour to hold the prestigious role.

Majumdar, an Emmy-winning and Bafta-nominated television producer and director, will succeed Pippa Harris and becomes the youngest person to hold the role in 35 years.

He has served as deputy chair for the past year, and his tenure as chair will last three years, in a change to the role.

Majumdar co-founded the independent production company Me + You Productions in 2012, alongside Richard Yee. Since then, he has produced the critically acclaimed Dominic Savage drama series I Am for Channel 4 and the International Emmy-winning comedy, Hoff The Record. Other programmes he has worked on include Sick of It and An Idiot Abroad.

Krishnendu Majumdar said: “It is a tremendous honour to be elected chair of Bafta and I’m lucky to be following Pippa Harris’ outstanding tenure and I want to pay tribute to the resilient and dynamic leadership that Pippa has shown. This year has been a difficult and turbulent time for many in our industry, working with Pippa, Bafta’s talented and committed staff and membership, I want Bafta to be at the heart of rebuilding the industry post-Covid.

“It is vital to ensure that we support people of all backgrounds, races and genders. Diversity and inclusion are crucial for the lifeblood of Bafta, and we will continue to be a leader for real change across our industry.”

His appointment comes at a time when the Academy has been criticised for a lack of diversity during its flagship awards. The hashtag #BaftasSoWhite was trending after the group failed to nominate a single non-white star for acting awards in the 2020 Bafta Film Awards nominations.

Majumdar is also chairing BAFTA’s Awards Review, convened in response to the lack of diversity in this year’s Film Awards nominations. He has been a long-time supporter of greater diversity on and off screen throughout his career and has also been on the board of directors UK and the Pact Council.