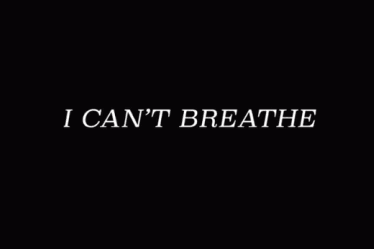 Broadcasters, media firms and their suppliers were among a host of businesses and organisations to join the #BlackoutTuesday action in tribute to George Floyd.

The initiative, which began last Friday, was started by executives at Atlantic Records who encouraged the music industry to pause and reflect following the death of African-American George Floyd while in police custody.

Having grown in support among other record labels and music artists it has now been adopted by the wider media industry, with broadcasters, radio stations and streaming services posting their activity to social media with the hashtags “BlackoutTuesday” or “TheShowMustBePaused.”

On Monday, channels in the US-based ViacomCBS group including MTV and VH1 played an 8 minute 46-second-long blackout video, which was the length of time that Floyd took to die having been pinned down by a police officer. The dark screen was accompanied by the phrase ‘I can’t breathe’. The broadcaster’s UK services including MTV and Comedy Central will pause their linear broadcasts at 7pm this evening for 8 minutes and 46 seconds.

The BBC has hosted discussions and debates, with radio presenters such as Radio 1’s Clara Amfo and 5Live’s Nihal Arthanayake delivering emotional anti-racism speeches and speaking about the impact of Floyd’s death.

At 11am yesterday ITV stopped its This Morning programme, showing a black screen with the words “Black Lives Matter” in white lettering.

Meanwhile, Channel 4’s 4Music channel paused its content every hour in order to “show solidarity with colleagues, viewers, artists, on screen talent and all people of colour”.

However, the broadcaster drew criticism from actor and comedian Mo Gilligan who hosts The Lateish Show With Mo Gilligan on Channel 4.

In a tweet, he accused the wider TV industry of not being proactive enough. He said: “It can’t just be the same old copy and pasted post that the legal team has said is ok. Don’t be posting #BlackLivesMatter if you’re not going to change the landscape of the industry you’re part of.”

Industry pledges support
Statements of support were also issued by platforms such as Amazon, Netflix, Apple and Hulu, while suppliers to the media industry also joined the initiative and pledged to fight racism and injustice. VFX facilities including Framestore, DNeg and The Mill all posted to their social media accounts under the hastgag ‘BlackLivesMatter’ and ‘BlackoutTuesday’.

While Avid chief executive Jeff Rosica said the company “stands together to reject bigotry and racism, fight inequality and demand justice for all. Let’s reflect on how we can help drive meaningful change. Enough is enough.”

In solidarity with the Black community, #TeamAvid stands together to reject bigotry and racism, fight inequality, and demand justice for all. Let’s all reflect on how we can help drive meaningful change. Enough is enough. #TheShowMustBePaused #BlackLivesMatter #BlackoutTuesday pic.twitter.com/mlhKgN5wyT