The Premier League has struck a six-year US broadcast rights deal with NBC Sports reportedly worth $2.7 billion, almost tripling the value of its existing contract.

The deal covers all 380 soccer matches every season and includes exclusive rights for Spanish language coverage. 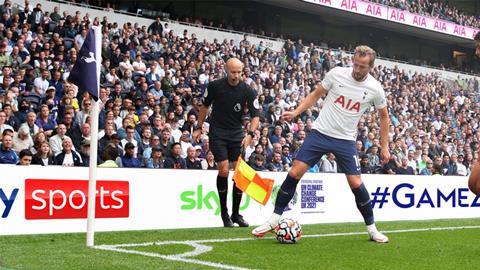 The games will be broadcast across NBC, USA Network, Telemundo, the company’s Peacock streaming service and other platforms.

Nine different entities were reportedly interested in acquiring Premier League rights in the US, underlining the growing popularity of football in the country. Football has traditionally struggled to compete for airtime in a market dominated by American football, basketball and baseball.

NBC Sports Chairman Pete Bevacqua described the league as a “driving force” on Peacock, where NBC also streamed some of the most popular events in the Tokyo Olympics.

NBC Sports, part of Comcast Corp-owned NBCUniversal, has been the home of Premier League coverage in the United States in 2013.

Its previous deal, worth a reported $1 billion, was signed in 2015.

The increased value of this year’s deal highlights broadcasters’ demand for live sports as cable companies face increasing competition from Netflix and other streaming services.