Netflix lost 200,000 subscribers in the first three months of this year, the first time it has shed members in more than a decade.

The declines came after the firm raised prices in key markets including the US and UK, while pulling out of Russia. 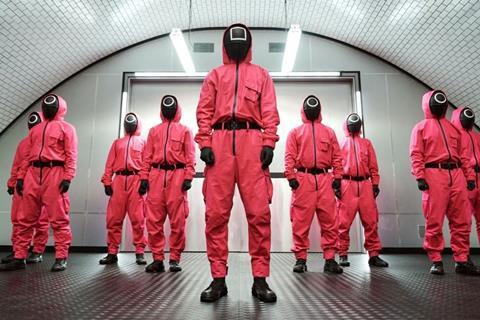 Squid Game: Netflix is now producing films and TV in more than 50 countries

The last time the company lost members in a quarter was October 2011.

Publishing its earnings for the first quarter of 2022, the streamer said it lost 700,000 customers when it suspended its service in Russia last month after the country’s invasion of Ukraine.

It placed some of the blame for the drop in subscribers on family members sharing the same account, something that the company says it plans to increasingly crack down on.

In addition to its total of 222 million paying households, the streamer estimates that Netflix is being shared with over 100 million additional households, including more than 30 million in the US and Canada.

In a post-earnings interview, co-CEO Reed Hastings said: “When we were growing fast, it wasn’t a high priority to work on [account sharing]. And now we’re working super hard on it.”

The streamer also said that its relatively high household penetration, combined with password sharing and competition with other big streamers is “creating revenue growth headwinds.”

“The big COVID boost to streaming obscured the picture until recently,” said Netflix in a letter to shareholders.

As it looks to grow, the streamer also said it is focused on international markets, improving the quality of its programming and recommendations, as well as advertising.

Hastings said that Netflix was exploring advertising in lower-cost tiers and said this was likely to happen in the next year or two.

“Those who have followed Netflix know that I’ve been against the complexity of advertising, and a big fan of the simplicity of subscription,” said Hastings. “But, as much as I’m a fan of that, I’m a bigger fan of consumer choice.”

Netflix is now producing films and TV in more than 50 countries and said that three out of its six most popular TV seasons of all time are non-English language titles: Squid Game, La Casa de Papel Part 4 and All Of Us Are Dead. The latter launched earlier this year and has accumulated 561m hours viewed in its first four weeks.

The firm’s revenue in the first three months of the year was up 9.8% compared with the same period last year to more than $7.8 billion (£6bn), boosted by price rises.

Shares in Netflix dropped more than 20% in after-hours trading in New York following the release of its first quarter earnings.