Pinewood Studios says it is evolving its plans for expansion at its Buckinghamshire site to increase the amount of stage space available.

The studios were granted planning permission in April 2022 for a screen industries growth hub, known as Screen Hub UK, on land to the south of its existing site. 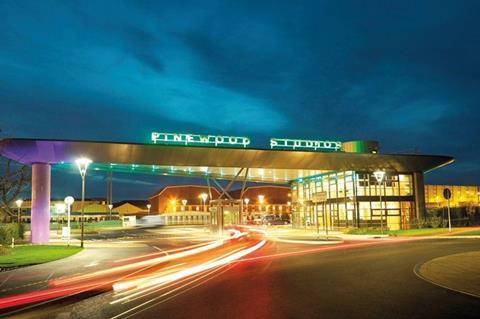 Pinewood says it has received feedback from the community, its customers and the market, all of which points towards increasing the amount of studio floorspace in the scheme, while retaining and committing to the delivery of Centre Stage.

A planning application is being prepared for a variation in the scheme which provides more studio space, carries forward Centre Stage but holds the visitor attraction as an option.

A related application is also proposed for an open-air filming space with supporting workshop buildings, landscaping and associated parking on part of Alderbourne Farm land owned by the studios. The scheme also includes a proposal for the majority of the land at the farm to be used for the creation of a nature reserve with public access.

Pinewood Studios Chairman Paul Golding said: “We have listened to the feedback regarding development at Pinewood Studios and the need for further studio space. We are looking at how our plans can evolve to deliver this with improved benefits for the community and our customers.”

Chief executive of the British Film Commission, Adrian Wootton OBE, said: “The UK Screen industry is booming, generating billions of pounds for the UK economy and creating hundreds of thousands of jobs. The demand for content has never been greater, which in turn is driving the need for additional studio space. I am delighted to welcome today’s announcement. Expansions like this further strengthen the UK’s offer as a destination for world-class film and high-end TV production.”