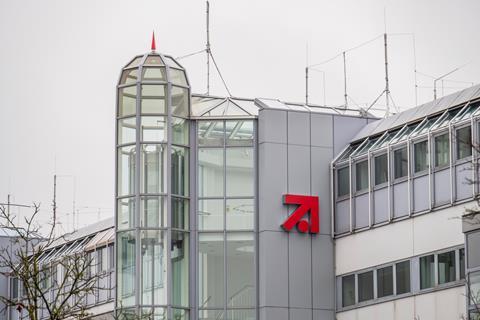 ProSiebenSat.1: Plays down calls for closer cooperation with Mediaset

The new CEO of German broadcaster ProSiebenSat.1 Media has played down calls for closer cooperation with Italy’s Mediaset, saying that a cross-border European TV merger would not make strategic sense.

Rainer Beaujean, who took over after Max Conze left in March amid criticism of his pivot to digital commerce, said the company would rebound from the coronavirus shock on its own.  ProSieben has seen ad revenues slump 40% during the crisis.

He said ProSieben was not in strategic talks either with Mediaset or Daniel Kretinsky’s Czech Media Invest, both of which have built up double-digit stakes in the German broadcaster. Mediaset’s stake is believed to be around 24.2% with Czech Media owning a 10% stake.

Mediaset last week pressed Beaujean to come up with a credible growth strategy, but made clear that it did not intend for now to launch a hostile bid of its own.

Beaujean also ruled out a tie-up with its main competitor in Germany, RTL Group, as this would be detrimental to media diversity in Europe’s largest economy.

Beaujean pledged to build ProSieben into “the leading entertainment and infotainment player in Germany, Austria and Switzerland”. As part of that focus, ProSieben plans to float its online dating business in 2022.

Beaujean, the former CFO at ProSieben, has previously pledged to refocus on ProSieben’s roots in commercial television.