The facilities have supported some 25 productions over the course of the last 18 months. 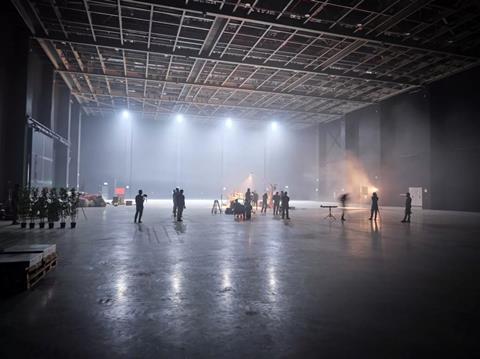 NEOM also formally announced its 40%+ cash rebate production incentive scheme for feature films, TV and commercials, with producers able to secure a higher percentage based on their industry development contributions.

“Clearly production incentives play a vital role in terms of attracting productions but are best leveraged when the entire package is in place: infrastructure, on-the-ground international production expertise, crew depth and ease of doing business,” said Wayne Borg, Managing Director for Media Industries, Entertainment and Culture at NEOM. “NEOM is now in the position to offer this competitive package.”

The first three sound stages across the two locations are already operational. A further seven, including a high-tech volumetric production stage, are set to open by Q1 2023.

“This is an important milestone in realizing our aim of becoming the epicentre of the regional media industry,” added Borg.

NEOM Media Village currently features one 2,400-square-metre sound stage, as well as make-up rooms, green rooms and production offices, with three further stages under construction. At Bajdah Desert Studios, there are two 3,000-square-metresound stages, with a further four scheduled to come online by the end of 2022.

The production facilities will also offer a total of 350 dedicated accommodation units for cast and crew.

The interim facilities already have a number of productions underway including fantasy-adventure Rise of The Witches, the region’s biggest TV show to date, and Million Dollar Island, a new reality TV survival show that wrapped filming this July. In addition, NEOM’s first local serial drama is scheduled to begin production this month.

During 2021, NEOM hosted 20 international productions, including Desert Warrior, helmed by Rupert Wyatt, director of ‘Rise of the Planet of the Apes, and starring Anthony Mackie, Sir Ben Kingsley and Aiysha Hart.