Pinewood Group is to further expand its Shepperton Studios site in Surrey. 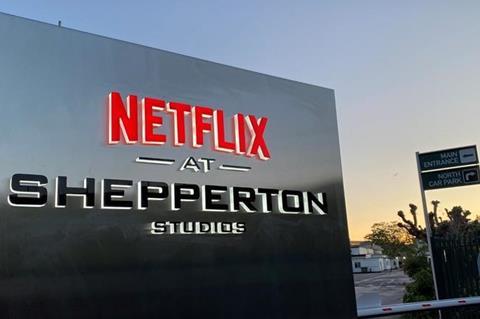 At the same time, Pinewood Group said that it had agreed a long-term contract with Netflix to double the size of its existing production hub at Shepperton Studios.

Netflix made the Surrey studio its permanent production base in 2019, and has since shot productions including Enola Holmes and The Old Guard there.

Construction work is underway and once complete, Shepperton Studios will be one of the largest film and TV studios in the world.

Netflix will start using the expanded site on completion in 2023, but it will not take up all the new space.

The expansion of Shepperton comes as TV dramas and films struggle to find studio space as a result of a post-lockdown boom in production which has been fuelled by increasing demand for content from streaming firms.

Paul Golding, chairman of Pinewood Group, said: “We are thrilled to be going ahead with the next phase of expansion at Shepperton Studios and we’re especially pleased to be strengthening our partnership with Netflix. Their commitment to expand at Shepperton is an endorsement of our operational expertise and enables us to continue our investment into this great studio.”

Anna Mallett, vice president physical production UK & EMEA, Netflix, said: “We are delighted to announce the expansion of our production presence in the UK. The new contract with Shepperton highlights our commitment to investing in the UK creative industry and will provide a wealth of opportunities and production jobs, from entry level to heads of department.”