The BBC has named Sir Damon Buffini as Deputy Chair of the BBC Board, and appointed Gary Newman, Ian Griffiths and Claire Hungate to its Commercial Board.

Buffini was a founding partner of international investment firm Permira, where he was managing partner from 1997 to 2010. He has been Chair of the Royal National Theatre since 2015 and has held multiple non-executive directorships across various industries. 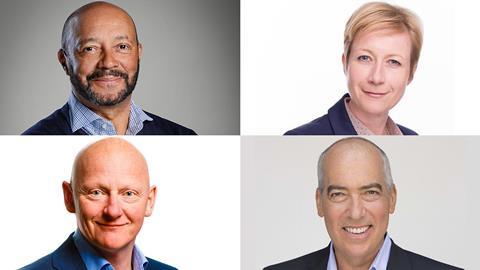 He joined the BBC Board as a non-executive director in November 2021 and was appointed Chair of the BBC Commercial Board in March 2022.

In turn, Buffini has made three new non-executive director appointments to the BBC Commercial Board.

Gary Newman, Ian Griffiths and Claire Hungate will all join the BBC Commercial Board as non-executive directors, following approval from the BBC Board, with effect from 1 April 2023 for an initial term of three years.

Newman was Chairman & CEO of Fox Television Group, which included Fox Broadcasting Co. and Twentieth Century Fox Television, until its acquisition by The Walt Disney Company. During his tenure at Fox he oversaw development and production of such shows as 24, Glee, Modern Family, Homeland, 911 and The Masked Singer.

Griffiths was deputy CEO and CFO of market intelligence agency Kantar from 2020 to 2022. Between 2008 and 2019 he served as CFO and COO of ITV plc and was previously CFO of EMAP plc.

Hungate has held the roles of CEO of Warner Bros TV Production UK, COO of Shed Media, and managing director of Wall to Wall. Today she is president and COO of esports organisation Team Liquid.

The new non-executive appointees join to replace non-executive directors Steve Morrison and Dame Elan Closs Stephens, whose full terms on the BBC Commercial Board are due to expire in March 2023.

The BBC Commercial Board oversees the delivery of the BBC’s commercial activities. These are primarily made up of BBC Studios, a global company across production, distribution, licensing, channels and streaming, and BBC Studioworks, providing studios and post-production services to the UK’s broadcast and production sector.