Sky has revealed that all 41 of its UK-commissioned Originals in 2019 received CarbonNeutral certification, with the broadcaster becoming the first member of Bafta’s Albert Consortium to achieve the status. 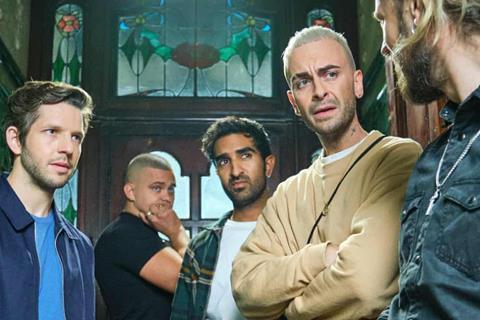 Sky Originals, including the likes of Brassic and Chernobyl, received the label after the broadcaster pledged to become net zero carbon by 2020.

The Comcast-owned broadcaster revealed the achievement as part of Bigger Picture Impact Report which highlights the progress it has made in 2019 and sets out its social and environmental ambitions going forward.

Jeremy Darroch, Sky Group chief executive, said: “We are entering a critical decade on the long road to climate recovery, and all businesses have the opportunity to accelerate progress and become part of the solution.

“In February 2020, we confirmed our most ambitious commitment yet on climate action by setting a 2030 target for Sky Zero. And already in 2019, we became the first broadcaster to offset the emissions to of all our UK-commissioned Sky Originals – an important milestone on our path to net zero carbon, in addition to already being carbon neutral for our operations since 2006.”

Earlier this year, Sky announced its plan to be net zero carbon across its entire value chain by 2030, and launched Sky Zero, a campaign encouraging others to #GoZero by spreading the word to its millions of customers every day.

This pledge is in line with its involvement in the Albert Consortium, which aims to bring the film and TV industries together to tackle its environmental impact and inspire screen audiences to act for a sustainable future.

Aaron Matthews, head of industry sustainability for Bafta Albert, added: “Britain has committed to achieving net zero emissions by 2050 which means all businesses including those in the film and TV industry will need to look at their operations.

“It’s fantastic that Sky are choosing to tackle their emissions head on and set their own ambitious target. Albert’s role is to support the film and TV industry as it transitions towards our carbon neutral future and we look forward to working with Sky to make Sky Zero a success.”

Other achievements Sky highlighted in the report include promoting theatre and the arts through 1,700 hours of Sky Arts programming. It also pointed to Ofcom figures that showed 80% of people agree that Sky News helps them understand the world better.

It also revealed that Sky employees have volunteered over 15,000 hours for the 60 charity partners of Sky Cares. It also backs the MAMA Youth Project, which addresses the lack of diversity in the creative industries, by financially supporting 24 trainees in the sector.

Darroch added: “We are broadening the horizons of hundreds of thousands of young people, giving them access to work experience, opportunities and professional mentors at Sky. Volunteering within our local communities across Europe, giving time and energy to good causes. We look forward to contributing more in 2020.”