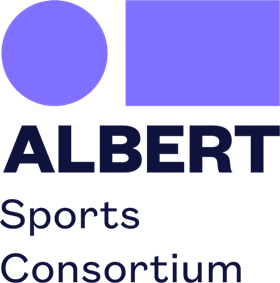 Albert, the sustainability initiative led by Bafta, has launched a new group to explore and act upon the impact sports broadcasting has on the environment.

The aim of the group is to help the companies tackle their environmental impact by exploring some of the challenges faced by live sports broadcasters, particularly energy use and travel.

Members of the group will also share best practice on the steps which have already been taken such as the on-site power-sharing agreement between Premier League Productions, Sky Sports and BT Sport which led to a carbon saving of around 50 tonnes in 6 months.

Albert head of industry sustainability Aaron Matthews said: “The challenges faced by the television sports community are quite unique when compared to those of our core Consortium members, not least because sports producers are at the behest of the sporting calendar and have to broadcast events from all over the world.

“We wanted to create a separate group that could discuss the challenges they face and work on tailored solutions that can help them achieve net-zero carbon emissions.”

The consortium aims to align with the broader goals of the UN Sports for Climate Action Framework, to which AELTC, Formula 1 and Sky Sports are signatories together with some 135 sports teams, organisations and governing bodies around the world.

To aid sports broadcasters, the Albert Calculator and Certification tools will be available for the sports industry to help them to measure their impact more effectively.

Jake Humphrey, BT Sport’s lead football presenter, said: “Sports broadcasting, like every industry, has a part to play in climate change and today’s news is a positive step.

“I know how important this is as part of BT’s ongoing efforts to become a net-zero carbon business by 2045 and for BT Sport to become the greenest broadcaster in the UK.”

Sky Sports executive director of content Steve Smith said: “At Sky, we’ve set the ambition to be net-zero carbon by 2030, two decades ahead of government legislation, because the world can’t wait.

“The Bafta Albert Sports Consortium gives sports broadcasters a forum to work together collectively and share best practices that will help us #GoZero together.”

The Sports Consortium will also work alongside SVG Europe, the industry association which supports sports content producers and distributors, and Sports Positive in collaboration with UNFCCC Sports for Climate Action Framework.

The group’s inaugural meeting will take place on 7 July.

Albert is a collaboration between Bafta, production companies and broadcasters. Founded in 2011, its aim is to support everyone working in film and TV to create positive environmental change.