Studio operator Stage Fifty is opening its second film site in the UK, Winnersh Film Studios, near Reading, which will include a massive virtual production stage.

The studio plan includes six sound stages with over 120,000 sq ft of stage space, including a 30,000 sq ft virtual production stage, supported by offices and workshops. 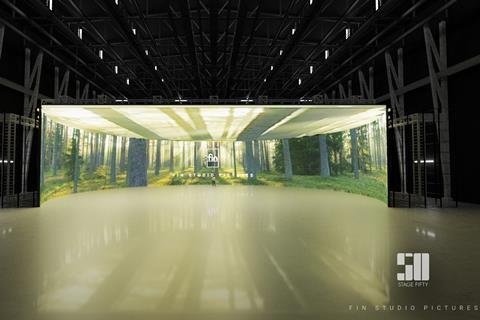 Winnersh’s offices and workshops are operational now for pre-production, while the stages will start welcoming productions next year.

Dan Constantinou, CEO of Fin Studio Pictures, said: “We identified early on that a VP stage needs to be in a full studio setting so productions can fully integrate this element into their other filming activities. The partnership with Stage Fifty sees us working together exclusively to develop VP stages in their new studio sites across the UK and beyond.

“Every element is best in class, from the LED panels to the backend tech. Our technical partners are working with us to showcase and seamlessly integrate their most advanced systems and software into this flagship project. And Stage Fifty has designed a sound stage large enough to house the huge fully movable screen, raising to 15m in the air and strong enough to hang 200 tonnes from the gantry.

Stage Fifty worked with Frasers Property to secure the space for the new studio at Winnersh Triangle Park.

James Enright, CEO, Stage Fifty: “Our stages are robust, high-quality and quick to build. And as 90% of the construction materials are reusable or recycled, they’re more sustainable too.” 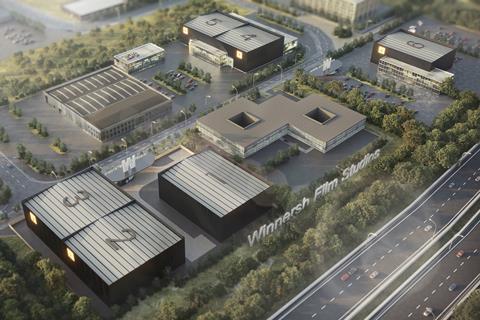 A raft of studios are in the works in a bid to meet huge demand from content creators. Shepperton Studios announced last week that it is to double in size, while major new studios in Dagenham and Elstree are among those under construction.

Adrian Wootton OBE, Chief Executive of the British Film Commission, said: “Today’s announcement of the opening of Stage Fifty’s Winnersh Film Studios is brilliant news for the UK’s screen industries. Our industry is experiencing a phenomenal growth period. Indeed, the demand for content has never been greater, which in turn is driving the need for greater skills development and additional studio space, services and facilities.”