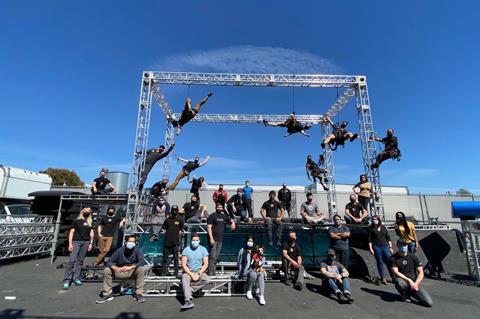 Prioritising challenge and game show formats, along with travel docu-series and dating show content, ATS Originals will focus on creating original, non-scripted formats for networks and broadcasters around the world.

In addition to the launch of ATS Originals, the company has also created ATS Productions, a division which will handle its upcoming projects, from casting in pre-production to post-production, as seen on the company’s recently released co-blended marketing and competition series, Clash of Trades.

ATS Productions will also house its line production services, which has completed three productions internationally including multiple seasons of the global competition show, The Bridge and will continue to provide this service to channels, networks and other production companies on non-scripted formats, specials and series.

Sanz said: “Each year, our team works on up to 16 original and co-productions, which has allowed us to form great partnerships with talent and production companies over time, as well as create and pitch original ideas around the world. The set is an integral part of the challenge and competition shows we create, so it was no surprise when network execs came to us for our own series concepts. This accelerated new conversations with channels around the world and for us to share our unique ideas and evolve into becoming a full spectrum production company with a dedicated division to commit to our own originals.”