The metaverse: More of a social revolution than a technical one?

Research by Improbable suggests that, while interest in the metaverse is growing, the real conversations are centred around Web3 technologies such as NFT and crypto.

The metaverse is, and it isn’t a lot of things. It isn’t a single place you can go, a persistent, immersive virtual reality like the Oasis in Ready Player One. Although that might well be the dream. 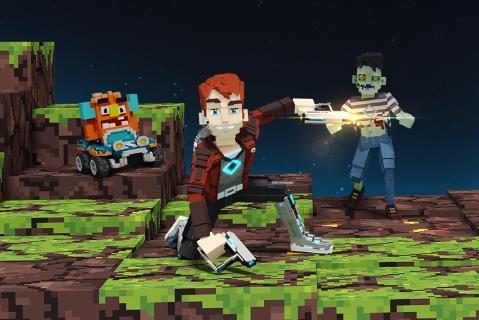 Facebook’s idea of the metaverse is a full-on virtual experience, layering 3D visuals on top of its social platform. Microsoft’s take, meanwhile, starts with Mesh for Microsoft Teams, adding Hololens compatibility and virtual avatars. “Think of the metaverse as a new version – or a new vision – of the internet,” Microsoft says, “one where people gather to communicate, collaborate and share with personal virtual presence on any device.”

The metaverse is a social phenomenon

Interest in the metaverse is certainly growing. In a report that analysed tweets sent by over 230,000 Twitter accounts between 31 March 2021 and 31 March 2022, metaverse tech company Improbable reveals that “conversations around the metaverse have increased 108x since March 2021.” 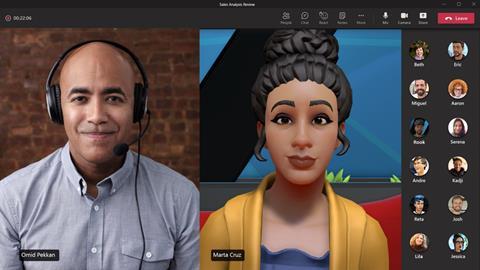 Microsoft Mesh for Teams evokes the spirit of the metaverse by enabling participants to join as digital avatars. Image © Microsoft

The metaverse today, says Improbable, is “a social phenomenon” first, noting that: “out of the people who discuss the metaverse, 49% relate it to gaming, followed by 19.5% relating it to creating and enjoying art, and 14% to friends and socialising.”

Yet, the metaverse needs a technology revolution to realise its grand ambitions and to address privacy and security concerns. Behind the scenes, Web3 waves the flag for “a decentralised and fair internet where users control their own data, identity and destiny.” With this in mind, blockchain and cryptocurrencies are key to any metaverse vision and there are already some interesting Web3 entertainment projects underway.

The metaverse vs. Web3

For example, Formula 1 partnered with crypto.com to create NFT art from the sound and data of the 2022 Miami Grand Prix. Actor Rob McElhenney has founded a new entertainment-tech company, which will combine traditional creative development practices with Web3 technology. ”We are building a new model and value network for creators and collaborators,” said the company’s CEO Chase Rosenblatt, “giving people ownership of the characters and content they create.”

Elsewhere, actress Mila Kunis is a backer of Web3 franchise Armored Kingdom, planned to span a trading card game, digital comics, animation and film. “I lost a good part of my youth to gaming, from World of WarCraft to Settlers of Catan,” Kunis told Deadline. “The moment I dove into Web3, I saw the opportunity to create an immersive universe where blockchain technology deepens the gaming experience and makes it more personal and immersive for every fan. Armored Kingdom will allow gamers to relate to their characters and gear in a revolutionary way, and we can’t wait to share more of that with you very soon.”

“Interestingly, and perhaps surprisingly, just a tiny fraction (1.8%) of [Twitter] users make a connection between the metaverse and cryptocurrencies,” says the Improbable survey, “a trend we should observe in the coming months as more blockchain-enabled metaverse projects develop.”

Join IBC365 on-demand to explore why blockchain has been lauded as potentially transformational for some elements of the media industry, how it has been adopted so far and what the future holds. Watch the webinar: Blockchain for Media.