Twickenham Film Studios has appointed Tomasz Witkowski as director of technology and engineering. 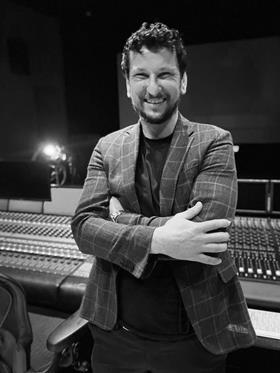 Earlier this year, Twickenham announced plans for a £15m refurbishment of its London studios and post-production facilities, and Witkowski has been tasked with leading the overall technical operational and future development, including boosting the performance of the studio and post-production services and leading a team of specialists and technical experts.

Witkowski previously held the position of senior workflow engineer at Sundog Media Toolkit, which was acquired by Deluxe at the start of the year. Prior to that, he held roles at Dolby Laboratories, Eclair, Ymagis Group and Arttech Cinema. He is also co-founder of Soho Media Club.

Twickenham Studios managing director Cara Sheppard said: “I am delighted to welcome Tom to the team - his energy, vast knowledge and vision for the future of innovation at Twickenham Film Studios is so key to inspiring a new era and evolving our offering as a studio.

“His experience of working closely with production, leading diverse operational and technical teams, to deliver engineering solutions that achieve production and operational efficiencies mean he will bring much needed expertise to the studios.

“In his new role as director of technology and engineering at TFS, Tom will be primarily responsible for the overall technical operational activity and future development - to fully advance the quality, productivity and efficiency of the studio and post-production services. He will also be responsible for creating a technical innovation hub to create a centre for excellence and enhancement, leading a team of specialists and subject matter technical experts with varied and overlapping backgrounds.

“His appointment is a fundamental steppingstone towards positioning TFS as a technology and innovation hub focused on modern production workflows. We are continuing to evolve and grow our studios and I am incredibly excited about the future of Twickenham Film Studios.”

Witkowski added: “I’m extremely proud to be taking up this new position and delighted to join Twickenham Film Studios at such a key time where I can help drive the next phase of TFS’s evolution and growth. I am totally focussed on repurposing the entire technical infrastructure and expanding and evolving our current technical services and facilities.

“I feel it is so important to lead our talented team, bringing them on board to implement a renewed innovation, technology and workflow strategy. I also very much look forward to bringing in a raft of new technology, software, tools and techniques to better serve our clients now and in the future.

“Technology is rapidly changing what clients expect from the services studios provide, and we want to stay one step ahead of these needs. In doing so, my focus will be on using technology to raise the bar and further enrich the relationship with our clients.”

Twickenham Studios is operated by Time + Space Studios, a subsidiary of the Creative District Improvement Company which acquired Twickenham in February last year.