UK productions given go ahead after publication of Covid-19 guidelines 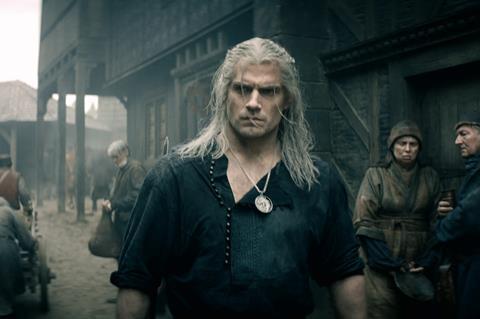 Guidelines released: To help get productions such as The Witcher up and running again

The UK government has approved the return of TV and film productions after they were halted for months due to the coronavirus pandemic.

A document put together by the British Film Commission (BFC) alongside the British Film Institute (BFI) outlines how studios can protect cast and crew from risks related to the coronavirus, meaning productions can restart.

Though the guidance included in Working Safely During Covid-19 in Film and High-end TV Drama Production is not mandatory, the UK still has rules in place regarding social distancing, despite a number of lockdown restrictions being lifted as of today.

The BFC took input from lead production industry bodies such as Pact and the Production Guild, and unions such as Bectu, to form the guidance.

The guidelines have been endorsed by the UK government. Culture secretary Oliver Dowden said: “The UK is recognized around the globe as a brilliant place to make films and is home to the world’s best film and high-end TV talent.

“We’ve worked hard to support the industry through these difficult times, and I’m delighted we’ve been able to agree this step forward towards getting the cameras rolling safely again.”

Productions such as The Batman, Netflix’s The Witcher, and Disney’s The Little Mermaid are all set to be shot in part in the UK, but had seen schedules delayed due to the pandemic.

Though the guidance has been backed by the government, it is unlikely that productions will get up and running fully until July at the earliest, due to the need to introduce new measures to protect those working on them.

The guidelines include rules on physical distancing, safety training and temperature tests. They also cover mental health and wellbeing, travel and accommodation, and costume, props and lighting.

They are also meant to scale so they can be suitable for both small- and large-scale productions. The full guidance can be found here.

Adrian Wootton, chief executive of the British Film Commission, said: “We believe this to be the most comprehensive, extensively-consulted on Covid-19 recovery production guidance in the world. It reflects a phenomenal collective effort, for which we must thank the British Film Commission Recovery Group and BFC staff team, alongside the BFI, DCMS and the whole range of organisations, public and private, who contributed.

“The industry is extremely keen to restart production as soon as possible, but not without a comprehensive road map for how to do it safely while the threat of Covid-19 still looms large. Today’s Guidance provides that reassurance, reflecting the latest Government, technical and medical advice available. We will also update it on a regular basis, giving clarity on the latest measures recommended to ensure a safe shoot for cast, crew and the wider public.”

The BFC said it will publish further guidance in the “coming weeks” but also acknowledged work from other organisations, including ScreenSkills and the UK Screen Alliance, to get productions up and running safely.