A new film and television studio is being planned for Anglesey in Wales to capitalise on the growing number of productions filming across the north of Wales.

Aria Studios is due to open in October 2022 and will have two fully soundproofed studio stages offering a total of 20,000 square foot of filming space. 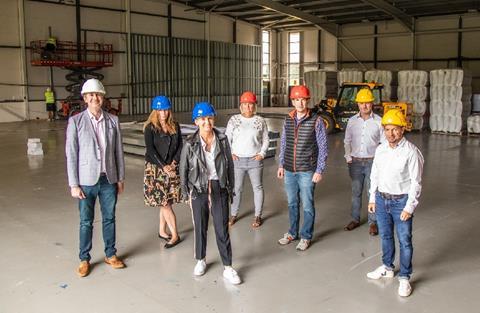 Aria Studios, the new film and television studio, is due to open in October 2022

The £1.6 million studio is being launched by Rondo Media and S4C’s commercial arm, S4C Digital Media Limited, with the support of Welsh Government through Creative Wales.

News of the studio comes shortly after Pinewood Studios announced a major expansion to its facility. Numerous other studio launches are being planned throughout the UK to capitalise on the boom in high-end TV and film production.

Wales is already home to dramas such as Doctor Who and His Dark Materials.

Rondo Media’s Chief Executive, Gareth Williams said “This investment will be a major boost for the industry in North Wales.”

“With such an emphasis on securing growth and investment across the creative industries, and in particular in the nations and regions, we see a real opportunity here to grow a brand new facility which will offer sustainable long-term employment opportunities in the region and build on several skillsets that already exists in the area.

S4C’s Chief Executive, Siân Doyle said: “Creating opportunities to nurture talent in the creative sector across the whole of Wales is a key priority for S4C and we’re thrilled to support this fantastic facility in Anglesey.