Located over three floors of the building, the 32,000 sq. ft facility is billed as the only purpose-built post-production house in London, enabling the design to be planned from the outset. 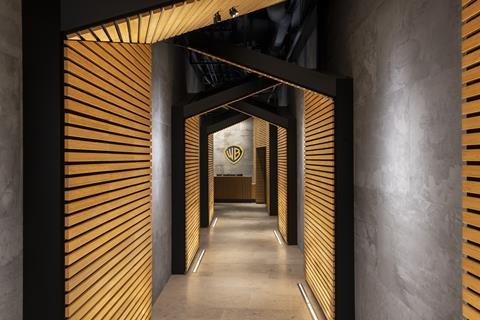 It will also be home to the UK’s largest mixing stage featuring a 4K DCI laser projection with Dolby Atmos and IMAX monitoring.

The facility also has 45 networked and acoustically treated cutting rooms with a programmable advanced lighting system.

The facility also has a purpose-built ADR environment with accompanying talent green room.

Client spaces include a large café/bar, a dedicated video conference room and a private dining space.

Kim Waugh, EVP worldwide post production creative services, said: “This new home for our team of multi-award winning talent will bring another level of service to the post production world in London. The size and quality of the stages are exceptional, and I’m delighted we are remaining within the heart of Soho’s vibrant and creative community. We can’t wait to open our doors next month.”

Read more Behind The Scenes: Last Night in Soho.