Zinc’s acquisition of The Edge has been facilitated by a £5m City fund raise, £2.1m of which will form an initial consideration in the purchase. 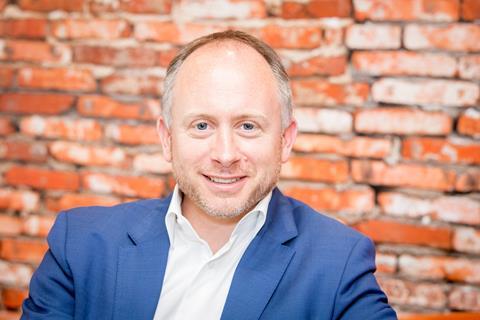 The rest of the cash will be invested in talent, potential IP, and in future acquisitions and collaborations as part of a Zinc strategy to become one of the largest television and content producers listed on the UK public market.

Founded in 1990, and operating from its bases in London, Doha, Vancouver and Paris, The Edge is one of the largest brand film making production companies in the UK. It has won over 700 awards including - for 15 years running - New York Festivals TV & Film Awards’ Production Company of the Year Worldwide.

With over half of its turnover coming from outside the UK, The Edge’s clients span the globe and feature leading brands, businesses and charities. The Edge has longstanding relationships with multinational names such as Amazon, BT Group, and FIFA.

Mark Browning, CEO, Zinc Media Group, says: “The Edge is renowned for creating high-quality content for brands. Their business is built on trusted relationships and exceptional access. That’s why they are a perfect match for Zinc.”

The Edge will sit alongside Zinc Communicate, the company’s branded entertainment, corporate film, publishing and audio business, and its TV businesses.

Browning said: “This adds further scale to our Group enhancing our creative, commercial and cultural ambition. It will enable us to increase our branded content offering in the marketplace, both on a domestic and international level, and move into new content markets including animation, e-learning and education.”

Marjorie Blake-Convey, CEO, The Edge Picture Company, said: “We have had over 30 years of success as an independent production business and the time is now right to fuel The Edge’s long-term growth within the context of a larger content group, where we can benefit from creative and commercial scale, and where we can make new investments in organic growth. Being part of Zinc offers this and we are beyond excited to be joining the Group.”

The Edge joins Zinc Media Group at the end of August, subject to approval by Zinc Shareholders in a few weeks’ time.

The Edge will continue to operate in line with other companies wholly owned by Zinc Media Group and it will continue to be run by the same management team, but benefit from the creative and commercial opportunities presented by being part of an enlarged organisation.