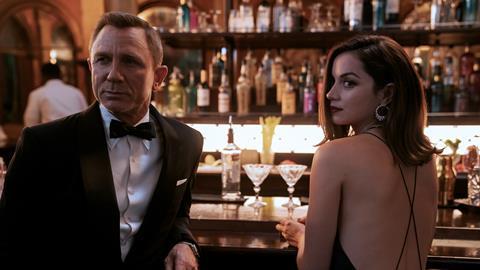 Shooting Bond: Behind the Scenes of No Time To Die

James Bond is back in No Time To Die, but the 007 agent is wounded. Cinematographer Linus Sandgren delivers the emotional punch with 35mm, 65mm and IMAX film.

Daniel Craig’s 007 has not been afraid to reveal vulnerability under his tuxedoed machismo. Unlike the previous 20 films in the series this mental scarring has bled across the four Craig storylines. Notably, it is Bond’s mourning for Vesper Lynd whom he encountered and lost in Casino Royale (2006) which has coloured the spy’s revenge vendetta and relationships to this point. 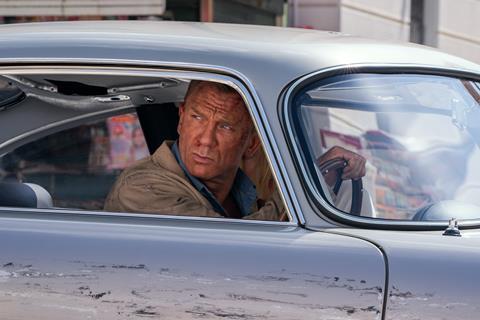 “We want to combine the legacy of action, glamour and escapade at the heart of Bond with the more intimate and emotional version played by Daniel in our storytelling,” says No Time To Die’s cinematographer Linus Sandgren, FSF, ASC.

The extent of this concept can be felt in the pre-credits sequence filmed in Matera, south Italy which features 007 back in the classic Aston Martin DB5 first seen in Goldfinger.

“It’s a romantic picture postcard location that turns into an action inferno,” says Sandgren. “The whole scene feels violent but intimate and immediate, shot with handheld IMAX cameras [and aerial work]. Everything that goes on in this scene is so intense. You can feel how hard it hurts Bond.”

This is the Swedish cinematographer’s largest production to date by some margin. A regular for directors David O Russell (American Hustle) and Damien Chazelle (La La Land, for which Sandgren won an Academy Award) he was hired by director Cary Joji Fukunaga (Beasts of No Nation, True Detective) and producer Barbara Broccoli following a private screening of First Man, the moon landing feature he made with Chazelle. 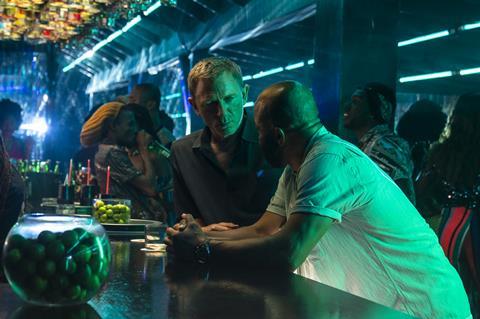 “That was in 2018, he says. “I spoke with Cary on Skype initially and found we very much aligned in how we would present Bond and in particular his desire to shoot on large-format film.”

Fukunaga has also served as cinematographer notably on Beasts of No Nation. He had been intrigued that Sandgren filmed the lunar sequences in First Man with IMAX cameras.

Bond films are 35mm stalwarts. Only Skyfall has gone fully digital (shot by Roger Deakins, BSC with Arri Alexa, for which he was Oscar nominated). In keeping with the classic tone of No Time To Die, Fukunaga and Sandgren agreed from the outset to shoot 35mm (on Panavision Panaflex Millennium XL2 using G series Panavision lenses) and also to feature extensive sequences on 65mm (using the Panavision Panaflex System 65 Studio with some scenes using IMAX cameras – including the iconic down the gun barrel sequence). Drone shots were captured from an Arriflex 435.

IBC2021 will take place 3-6 December at the RAI, Amsterdam. For more information and to register click  here

“Film is much more colourful [than digital] and it always gives me joy to get the negative back slightly enhanced by the processing of the film itself,” the DP says. “When you watch this film in IMAX you don’t see the edge of the frame. There’s more of the picture above your head, below your feet as if you’re inside the helicopter, inside the movie.”

He’s pleased that many of these sequences are left uninterrupted in the finished picture. “Cary very much cut the film he intended to. Sometimes you find a film being re-edited a lot but here, when we decided to shoot single immersive takes, he let them run in the film entirely. It just shows that what we intended on set worked.”

“Sometimes you find a film being re-edited a lot but here, when we decided to shoot single immersive takes, he let them run in the film entirely,” Linus Sandgren, cinematographer 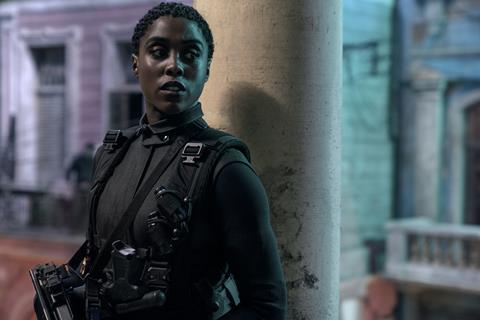 “Cary wanted the story to take place in as dramatically changing environments as possible. You expect a Bond film to have exotic locations, but they exist in a realistic way. There’s a romance to them. So, we have Bond retire to a small Jamaican fishing village. We found the most beautiful beach there and built him a house. It doesn’t exist, but it could.”

Similarly, the production scouted locations in Norway for a fjord-side retreat. They found the perfect lake near Oslo but it lacked any suitable buildings for the scene. So they built one in London and shipped it across.

“In Matera, the idea was to take this picturesque rural town and turn into a jaw dropping action sequence. Nothing in the town is supposed to look modern. The backdrop for the scene was rock, stone, cave – materials that it make it so much harder to crash into.”

The gritty nature of the scene in which the Aston Martin rotates in the town square with machine guns receding into its headlamp relied on in-camera FX co-ordinated by legendary special effects expert Chris Corbould. 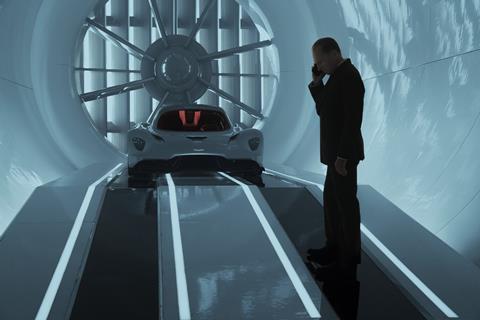 M (Ralph Fiennes) in EON Production’s No Time To Die

They avoided green screen as much as possible across the film but still required 1300 VFX shots split between Cinesite, DNEG and ILM.

Part of Sandgren’s job was to find a consistent look for scenes set in the burning sun of Cuba and Italy with the snow and ice of Scandinavia, Scotland and the Faroe Islands. His solution was to push the differences further by contrasting darkness with heat for “a visual tonality that is a little more expressionistic”.

Dailies colorist Matt Wallach worked with Sandgren at Company 3 London. He says: “We got to spend hours in the theatre together really digging in and finessing continuity and issues related to shifting weather conditions and coming up with solutions for some of the particularly complicated sequences.”

“The picture doesn’t need to literally describe what is going on, but it should evoke an emotional response for what you want the audience to feel,” Linus Sandgren, cinematographer

An injury to Craig paused filming and prompted rescheduling. That impacted a major sequence set in Havana between Bond and an army of Spectre agents. Elements of the sequence were shot with certain actors at one point, other actors at another, alongside second unit footage. All of that evolved over months.

“So much depends on Daniel,” Sandgren says. “A lot of scenes take place around him. We had an outdoor set built and painted on the backlot at Pinewood but heading into winter 2019 we knew that wasn’t going to last forever. Once Daniel was fit again [by October 2019] we had it repainted and relit.”

No Time To Die is inextricably linked to Craig’s final performance in the role. His parting shot has him running away down an alley and disappearing from view around a corner. 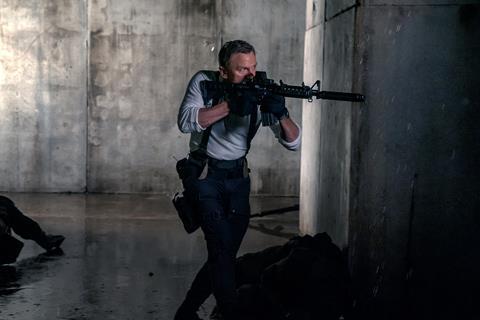 James Bond (Daniel Craig) in No Time To Die

“Daniel really has so much emotion invested in the character that it really shows,” Sandgren says.

“I view my job as cinematographer to connect the audience to the emotion of the moment. I care about what the image looks like visually but only to the extent that it influences what we should be feeling. The picture doesn’t need to literally describe what is going on, but it should evoke an emotional response for what you want the audience to feel.”