MWC19: OneWeb has launched its mega-constellation satellites today after announcing yesterday during Mobile World Congress it will deliver connectivity to Africa and the Middle East by 2021. 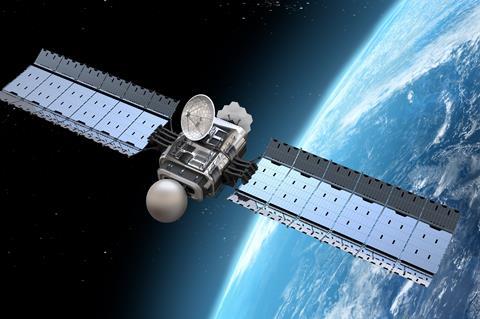 The global satellite-powered communications company OneWeb’s mission is ‘to bring connectivity to everyone, everywhere.’

It is the first step in the aim of a global communication connectivity service, with OneWeb launching the first six broadband satellites from the Guiana Space Center in Kourou, French Guiana.

The launch marks the completion of phase one of the largest satellite launch campaign in history and the transition from proof-of-concept to the commercialisation of OneWeb.

OneWeb chief executive Adrian Steckel said: “This successful launch is a historic milestone for OneWeb, and marks the start of a new phase for our company as we begin scaling our satellite constellation in preparation to start full commercial services.

”I am also proud that we were able to announce the signing of our first two customers, demonstrating demand for OneWeb’s services.”

Steckel explained the lower latency and faster speeds are designed to create a global footprint to cover the entire planet including airspaces, seas and rural areas.

He added: ”Our constellation will level the playing field and connect the communities, areas, and industries that have until now been excluded from fast, reliable internet access. What we are undertaking here is a project of ambitious scale, and I’m enormously proud of the team for getting us to this important milestone.”

Its partnership with Talia Limited was confirmed yesterday upon signing an agreement to offer consumer broadband internet and community wifi across a number of key developing regions including Africa and the Middle East.

OneWeb’s next-generation global satellite broadband service will stream for Talia starting in 2021 and is expected to be completely activated by 2023.

OneWeb will launch more than 30 satellites per rocket and plans to grow its constellation to more than 650 satellites to allow customer demos in 2020 and provide full global commercial coverage by 2021.

OneWeb chief commercial officer Nicola Zibell told press during the announcement the start of its commercialisation phase demonstrates the demand for global broadband coverage with 5G and the internet of things (IoT) at the forefront of decision making.

He said: “We are one step closer towards our mission of connectivity to everyone, everywhere.”

The promise of satellite-powered global communications is set to deliver high speed and low latency commercial broadband for users otherwise disconnected from the internet with satellites set to communicate with Earth via the Ka and Ku spectrum bands.

The removal of geographical, speed and latency barriers is billed a game changer to meet the high demand of internet traffic globally.

OneWeb also announced it has contracted its first European client, Intermatica, a global carrier and solutions provider of broadband and VOIP telecommunications services for business across Europe.

“A revolution our customers are soon going to benefit from and we are very proud of the partnership with OneWeb, which will drive Intermatica into the future.”