Pascal Homsy has been named chief technical officer at Eutelsat. 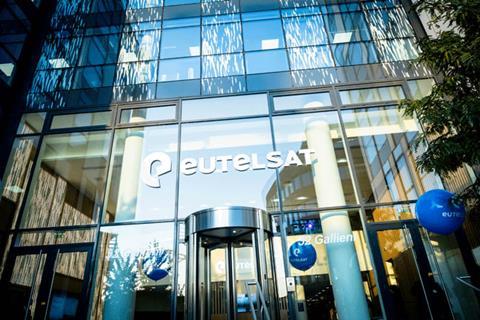 He joins from Thales Alenia Space where he was head of the Space Telecommunications Business Line, bringing with him some 30 years’ experience of senior management positions within major international groups, notably the telecoms conglomerate, Alcatel/Lucent/Nokia and the IT services leader Atos.

A seasoned chief technical officer, Homsy has headed teams specialised in IP platforms, voice and services, fixed networks, broadband wireless and mobile networks. In addition, he brings end-to-end knowledge of the Eutelsat value chain, having served in several global account management and sales support roles at Alcatel, where he was notably in charge of the relationship with Orange.

Homsy also has considerable international experience, having spent the early part of his career in charge of Alcatel’s activities in numerous APAC markets, and subsequently holding responsibility for EMEA in various technology and commercial roles.

A French national, he holds a Master of Sciences from Telecom Paris Tech.

Commenting on the appointment, Rodolphe Belmer, chief executive of Eutelsat, said: “I am confident that Pascal’s extensive skill-set will be a great asset to Eutelsat as we pursue the transformation of our group to capture the connectivity opportunity.”

Homsy will join Eutelsat in January and will sit on the Executive Committee. He replaces Yohann Leroy, who has decided to continue his professional career outside the group.