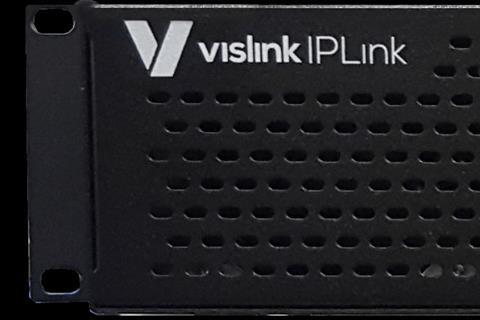 Vislink: Some 120 IPLink 3.0 transmitters will be installed

Valued at approximately $2.8 million, the project will require an upgrade of 30 locations with bidirectional, high-speed IP components from Vislink.

“Before we could upgrade to an ATSC 3.0 on our transmitters, we had to have an IP network over the microwave system designed to handle an ATSC 3.0 signal,” explained Windell Wood, director of engineering and COO for APT. The current system has been in place since 2010 and is only capable of supporting ATSC 1.0.

The APT network utilises nine transmitters and 21 repeaters to maintain state-wide coverage. The master signal originates from the network operations centre at APT’s flagship station, WBIQ, in Birmingham, Alabama. To achieve bidirectional connectivity and full redundancy across the entire network, TSG will install 120 of Vislink’s IPLink 3.0 transmitters – four at each site.

Vislink’s all-indoor digital video microwave system, which features a touchscreen display and clean front panel design in a 2RU chassis, will allow APT to transition from traditional ASI transport to an IP-centric system architecture. The new system will also utilise Simple Network Management Protocols (SNMP), which will monitor and manage the overall health of the APT network.

“Alabama has one of the best public television organisations in the country, with one of the most robust microwave infrastructures,” said Mickey Miller, CEO of Vislink. “We have worked with APT for more than 20 years and we’re proud to continue our relationship as they prepare for an ATSC 3.0 migration and move towards a total IP-centric network. TSG is an incredible company that provides great technical solutions and we value our collaboration.”

Work on the project is expected to begin in early summer and be completed by the end of the year. With the built-in redundancy (and hot standby feed) of the system, APT should be able to minimise or avoid signal disruption during the upgrade, according to Wood.

Another key technical layer to the APT plan for ATSC 3.0 adoption is a separate fibre network, currently in the planning stage, which will connect all 30 transmission sites throughout the state. Fibre connectivity will provide additional redundancy and seamless failover for APT.

“ATSC 3.0 is the next step in the evolution of broadcast television. With their emphasis on infrastructure, Alabama Public Television is in front of the curve,” said Bo Hoover, CEO of TSG. “APT’s transition to ATSC 3.0 is going to serve as a model for other state-wide networks and we are excited to work with Vislink to deliver this solution.”