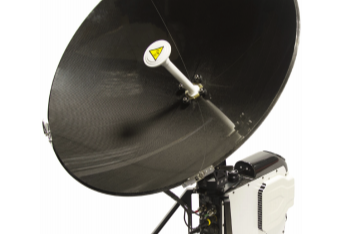 Vislink: The MSAT satellite system to be used for the rapid deployment of low-latency data and video transmissions

They will be used to connect its regional news centres to feed economic markets in Riyad, Cairo, Abu Dhabi and key Arab capitals with low latency financial news.

“While Vislink has had a presence in the Middle East for quite some time, our contract with Asharq News is particularly significant because our satellite equipment will be responsible for giving millions of people throughout the region first-ever access to economic and financial news,” said Mickey Miller, CEO of Vislink. “We look forward to continuing our expansion in the Middle East and supporting the media, public safety, defence and other sectors in the region that rely on our communications equipment to deliver low latency signals in extreme environments.”

Vislink’s Mantis MSAT antennas are said to be easy to use, lightweight and highly portable. The antennas enable broadcast teams to arrive at the scene, deploy equipment and get up and running in as little as five minutes. Whether individuals are reporting live or collecting footage for upcoming news, the system allows for rapid deployment in extreme environments.

Asharq News is headquartered in Riyadh, with central offices in the Dubai International Financial Centre, UAE, and Washington D.C., and has major hubs and studios in Cairo and Abu Dhabi. It also has regional offices and correspondents across key Arab countries and in global capitals, in addition to access to the content produced by hundreds of reporters from Bloomberg’s network around the world.