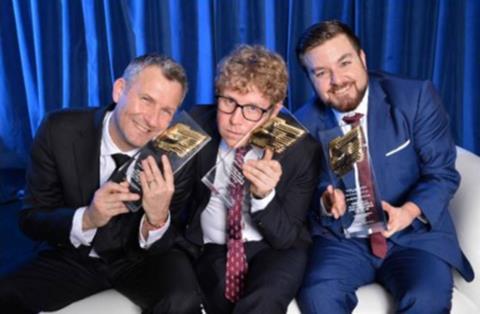 The Royal Television Society (RTS) has announced its Programme Awards - set to take place next week - will now be live-streamed due to concerns over the coronavirus.

The Awards ceremony, which is scheduled to take place on Tuesday 17 March in London, will now be held behind closed doors.

The RTS will continue to celebrate the nominees’ achievements in what the Society described as “a slimmed-down, intimate presentation.”

In a statement, it said it had been “monitoring the current climate closely and in line with official guidance against large gatherings of people”. As such the Awards will be streamlined with RTS representatives now invited to the event with the broader industry invited to watch the Awards via a live link.

The RTS Awards recognise TV events and performances across genres for the best in UK entertainment.

RTS chief executive Theresa Wise said: “While adapting as necessary to the current situation, we aim to continue celebrating the past year of television and excellence in our industry in the best way possible – by honouring nominees and winners through a streamlined event.

“We look forward to offering everyone the opportunity to join us via live stream as we host the RTS Programme Awards.”