Sports broadcasting in the age of Twitch

Active viewers want to be a part of the show they care about, says Kiswe Mobile chief technology officer Francis Zane.

If you follow the leading-edge of the live sports broadcast world, you have probably seen some digital broadcasts of big sporting events that looked very different than what you’re used to: 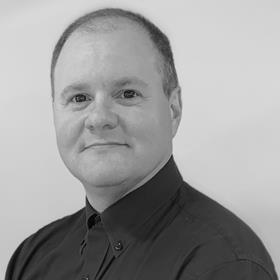 Each of these departs from the traditional “game with play-by-play and colour announcers.”

These experiments are reactions to the growth on internet video platforms like YouTube Live, Facebook Live, and Twitch, where creators have used these formats to build live shows with a much deeper connection with their audiences.

Twitch in particular has much in common with live sports production, as both involve someone talking about a live contest as it happens.

Despite that core similarity, the style of the shows are very different in a key way. Watch a big budget and a smaller budget production of a soccer match, and you’ll see the same core show - narrating the game - done to different degrees. Watch different Twitch streamers of a popular game like Fortnite, though, and what you see are much more different - one will focus on the strategy of the game, but another will have a comedic show around the game, and a third may provide the experience of just hanging out on the couch watching with friends.

That may seem like a detail, but it actually transforms the viewers’ relationship to the show. In this world, the goal isn’t to make a single show that best serves the audience as a whole, but is about making the best shows to reach specific audiences.

Each of these different shows has its own core audience that it connects with more deeply than any single show could…and the evidence is that it works.

Across Twitch, one sees active - sometimes hyperactive - audience participation in chat as each viewer wants to be part of the show they care about. This carries over into monetisation, as viewers feel so passionately about the way this show and this caster connect with them that they support the show with voluntary cash donations.

So how can today’s sports broadcasters leverage this trend to increase their audience engagement? As we have worked with broadcasters to do just that, what we have seen has been a progression of steps, moving from a single broadly targeted show to increasingly audience-specific ones.

The first step often is simply to tell the story in a familiar way, but in a different language and from a local perspective. We are all familiar with this from global events like the Olympics. What is new here is that the same technologies that the web platforms leverage - fast home networks, high quality webcams, internet video distribution - are empowering a much cheaper wave of cloud-based remote production, making greater optionality affordable to produce.

From there, the next step is to change the style of the show to give it an identifiable face and personality by moving the talent on-screen (as seen in Twitch) and by shifting from strict play-by-play coverage towards a looser experience of hanging out with the talent as we watch the game together.

In particular, by bringing in talent who have developed their own audience niches (eg. YouTube influencers), this step opens up opportunities for both the sports brands and the influencers to co-market to their overlapping audiences.

Looking to the longer term, we also see steps towards changing not only the talent format, but the show format itself, as people experiment with ideas like:

With all these changes ahead, there is and will continue to be a need for all the core elements of show production - cameras, switching, graphics - to create the basic materials for good sports storytelling. Combining that with new internet and cloud-based video production technologies, and the lessons taught by the internet livestreaming platforms, though, opens the door to new ways to excite sports fans across the board.