Sports lesson: How to engage fans in the digital age

In broadcasting, success has always been about effectively engaging an audience. When I joined Network TEN in Australia in 2006, I quickly learned that there was a relatively straightforward formula: build a linear schedule and use PR and traditional above-the-line media (press, radio and outdoor) to drive people to watch. 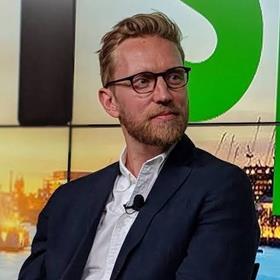 Once people were watching, you would promote your other shows to keep viewers from changing the channel.

By the time I left TEN in 2013 though, things had started to change. The internet and the growing use of smartphones was opening up new ways to consume content, and the old formula of fan engagement was being challenged. Over the next five years, three important trends emerged.

1. The rising prevalence of mobile and social
The world is now home to over five billion unique mobile users, and by 2020 half of all TV and video viewing is set to be streamed on a mobile device. Social media growth is also accelerating with active social media users now numbering approximately 3.3 billion, up 13% year over year.

3. The shift away from linear viewing to video on demand
This is particularly evident in younger demographics with 16- to 34-year-olds in the UK now only watching an average of 97 minutes of live TV per day (34% of all viewing), versus the overall average of 174 minutes (58% of all viewing).

These factors combined have significantly altered the broadcast landscape and consequently the old foolproof audience engagement formula is now far less effective. But broadcasters aren’t alone in this challenge, with the world of sport providing a playbook for successfully engaging audiences in the digital age.

In my current role in Broadcast & Sport Partnerships at Google, I have the benefit of seeing how both broadcasters and sports organisations are tackling the challenges before them and how sports leagues, clubs and federations are leading the way in proactively changing their strategies and business models in order to stay relevant and continue to grow.

There’s no shortage of examples from the world of sport when it comes to embracing the opportunities presented by the rise of mobile and social, but the best example I’ve seen comes from an unlikely place.

In actual fact, through a deep understanding of their audience consumption habits and a content strategy tailored to each different platform (including linear TV, YouTube, various social networks, plus their own website and app), WWE now boasts 900 million social followers and in 2017 had 20 billion online video views. To put this into context, recent figures have FC Barcelona’s digital community at just over 200 million.

When it comes to appealing to audiences through user generated content and the use of influencers, The FA have displayed some bold moves.

Early in 2018 the UK football governing body signalled their intent in this area by working with Mischief PR to sign up a group of creatives from within the world of music, fashion, gaming and design. The idea is that the group will offer a new perspective to FA Cup fans centered around the hashtag #cupcollective with content to be shared via the influencers’ existing networks.

In another strong signal of The FA’s understanding of the modern fan, they chose to announce the England World Cup squad not via a traditional televised press conference but with a social video campaign featuring players from grassroots teams. The FA worked with Wieden+Kennedy to produce the videos and shared them via their YouTube channel and social accounts.

This was an impressive development not just because the clubs were proactively shifting their engagement strategies to match fan behaviour, but because they banded together to create a proposition with enough scale to attract advertisers and make the platform commercially viable.

Dugout now boasts partnerships with over 80 clubs, leagues and federations, and since its launch has amassed 67 million unique users and 912 million video views.

While they only scratch the surface, in my opinion these three examples provide a playbook that broadcasters can reference as they tackle the key trends mentioned earlier, namely:

1) Analysis By analysing your own audience information and readily available user insights provided by the various distribution platforms, you can start to gain a deep understanding of your audience’s consumption habits and build a broader content strategy designed to deliver something unique through each platform, as WWE has done with great success.

2) Exploration By exploring new ways of communicating with your audience using influencers (not just big recognisable television personalities) you can achieve greater authenticity and engagement, as the FA have demonstrated.

3) Collaboration By collaborating with new distribution platforms and experimenting with new types of content you can explore how engagement with audiences can go beyond the linear schedule towards more of a 24/7 experience, just as the world’s biggest football clubs have done through Dugout.

Ultimately all broadcasters are facing the same challenges, but the sports sector can serve as a source of inspiration on how to embrace change and the opportunities that come with a shifting landscape.