Going green: How the industry can tackle the climate crisis 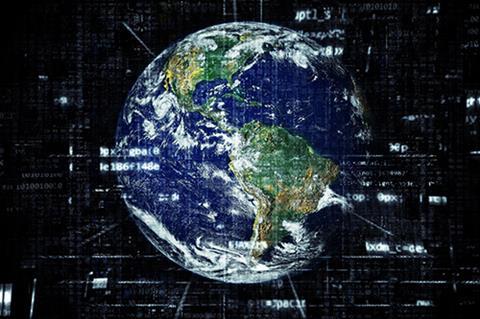 Green issues have been top of the agenda in recent years, pushed by the likes of Greta Thunberg and Extinction Rebellion. But the media sector also faces some key considerations when it comes to climate change.

When it comes to reducing carbon footprints in the media sector, Christian Toennesen has three influential roles. He is senior partner at Cornerstone, chair of the Responsible Media Forum, and is a consortium member of DIMPACT, the proposed and hotly anticipated system for mapping and measuring the greenhouse gas emissions of digital content.

“Media has a soft centre. It does not have smoking chimneys, and it does not have collapsing factories or mine shafts. You could legitimately say it is relatively low impact,” he said, speaking at a recent MESA event. “Well, traditionally it has been!”

The mantra ‘what are the questions we should be asking’ is central to media mindsets.

“If you take the ten biggest media companies in the world and compare the 10 biggest extraction companies you see that, in terms of employee numbers, they are not too different, but that ratio is blown out of the water when you look at carbon emissions,” said Toennesen. “For every ton of carbon emitted by a media company, those extracting companies will emit around 143 tons.

“Does that indicate the media market is low impact? I do not think so,” he added. “Media companies do have their own superpower – the ability to change (version and monetise) their media. Some people would say this is not just a footprint but the brain print of the media. These are the impacts when we consume entertainment, news and advertising.”

What does this brain print look like in practice? “I can give tons of examples. Some relate to environmental issues, some to social issues, and some are good impacts and some bad,” said Toennesen.

Citing a spokesperson for Sky, he said the industry’s principle emission is programmes. But does that mean media companies should ignore the impact of their operations?

“Absolutely no,” he added. “The Paris Agreement means the world needs to become net neutral by 2050, and this places all sorts of responsibilities on countries that they will pass to companies across all sectors, so every ton of carbon is crucial.”

Footprint and brain print
With the EU committed to reducing carbon emissions by 40% by 2030, no industry sector can afford to ignore the moral duties.

“To really have an effective brain print, media companies have to be on top of these things, and that is exactly what is happening now. Look at some of the pledges and increasingly they consist of both a target for reducing carbon footprint and a content element,” said Toennesen. “It is always split between the footprint and the brain print, and those two are increasingly merging with each other.”

The 2013 updates to the Companies Act in the UK required listed companies to report emissions, and this was another spur to kick starting the race we see today.

“The big thing right now is science-based targets. Microsoft’s intention is incredibly interesting because it is not about reducing carbon emissions. It is about becoming carbon negative and they will attempt to suck up carbon to compensate for their historical emissions,” said Toennesen. “Frankly I have no idea what this arms race in terms of carbon reductions and carbon commitments will look like in three years’ time.”

How does the so-called arms race impact media companies now they are turned so far towards digital?

“This is a tough one and incredibly complex to match. It is called 1, 2 and 3 emissions off a media operation. If we take the carbon emissions for a company in 2014 it was about 20%, but things have really moved on and all of a sudden, those digital emissions would amount to around 50% of the carbon footprint,” said Toennesen.

The issue is what happens with Scope 3 emissions, the things that are hard to measure, and unknown. This could involve external data centres, cloud providers, or maybe CTNs or a network.

“It is access, and there will be user devices. At the moment there are lots of companies doing great work taking on a slice of that downstream digital value chain. But for media owners and producers it is very difficult to get these numbers, and you need them for those science rating targets,” said Toennesen. 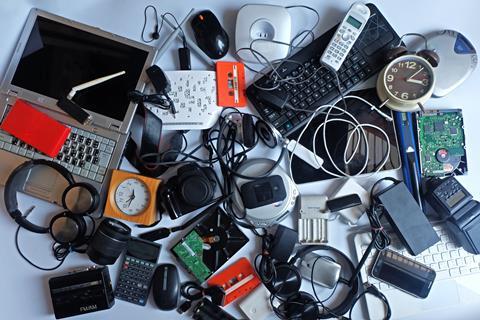 E-waste: Companies are now turning to their digi-waste as well as e-waste

Playing in the pocket
Moving onto e-waste – billions of drawers full of old devices from our digital lifestyles – he added: “That is just mountainous and increasingly growing.”

“Digi-waste is not dissimilar to e-waste. Many people will use YouTube purely as an app for playing music, so the video streaming will take place in your pocket, and you get it out through your headphones. Researchers at Bristol University have estimated that with a small tweak, and if YouTube turned off that video as soon as it realised it is playing in the pocket of someone, that would be similar to half a million tons of Co2 emissions per year,” he continued.

Toennesen has nothing against YouTube or Google as such. We do not yet have the measurement in place for the digital eco system.

He said: “I think this will become the new e-waste. Unlike other behaviours as they relate to sustainability – say travelling by plane or eating red meat – this one is different. It does not matter too much what you do as an individual because this emission will remain relatively static. It is simply a matter of so many people using this so much of the time.

“To put this into perspective the amount of time you would have to use your smart phone in order for it to have the same carbon emissions as an out and return flight to the USA is about 50 years,” he added.

If you talk about red meat, you can easily quantify that in tons of emissions. Likewise, with domestic travel via train not plane, but when it comes to consumer digital habits it is not easy to value them.

“The onus is not on the consumer to change this; it is something for the industry with tweaks here and there. It is data centres, infrastructure, and understanding downstream impact if you are a media owner,” said Toennesen.

The required tweaks upstream moved him onto the reasons behind DIMPACT. This consists of Toennesen plus nine media companies and a group of scientists at Bristol University.

“What we are able to do is create a tool that will allow content owners to quantify those downstream digital emissions, right to end user devices,” he said. “We are focussing on four types of digital services – digital broadcast and streaming services, everything around digital publishing, business intelligence, and delivering adverts. These services represent the types of company currently in the consortium.”

Science-based targets
DIMPACT will become a subscription-based tool. “Where we want to get to in the future is to achieve a level of accuracy, precision and granularity where people who buy the services upstream can actually say this change that I make here will have the following carbon impact in my downstream digital value chain. The member companies are interested in these numbers as part of science-based targets,” said Toennesen.

There are many major ratings agencies in the world, typically like The Carter Displacement Project and The Dow Jones Sustainability Index. The most sustainable company in the IT services industry, in the world, is ATOS.

The Responsible Media Forum partly owes its origins to the Prince of Wales’ charity Business in The Community and its Corporate Responsibility Index.

“What interests me is the sheer amount of external interest in DIMPACT when we launched in January. There is firm demand for wanting to understand the downstream carbon emissions, and why documentary filmmakers are interested in coming to grips with the concept of digi-waste and what society can do with it,” said Toennersen.