There is no man or woman in the history of any sport who has single-handedly effected television audiences as much as Tiger Woods has done over the last two decades. Even on the final day of the Masters when Woods had no chance of winning, the 42-year-old golf superstar helped move the TV ratings needle. 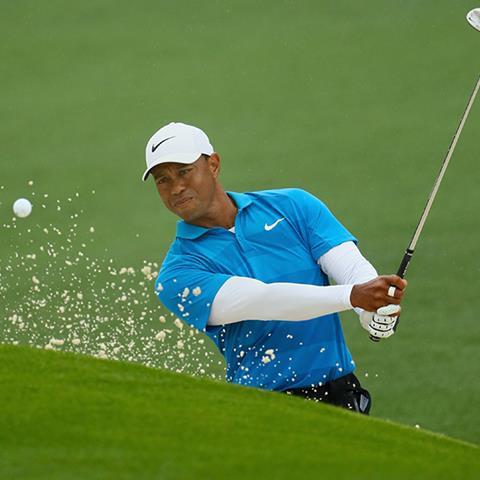 The so-called ‘Tiger Effect’ transcends Woods’ form – he just has to be on screen and that creates one of the most remarkable and reliable boosts to sports TV, particularly in the US. An oft-quoted rule of thumb is that Woods’ presence on the first page of the leaderboard could double a Sunday TV audience across America.

In fact, this month’s Masters saw ratings boosts from Thursday’s opening day to Sunday’s final round and all attributed to the excitement about Woods’ return to the game recently after four back surgeries.

Day one viewing numbers on NBC were up 40% vs 2017 and the most-watched programme on any cable station; day two was a five-year Masters high for the broadcaser; day three jumped 24% year-on-year; and day four (with Tiger not even close to contention) was the most-watched golf telecast on any US channel in three years. By contrast, the 2017 Masters ratings (the third in succession without his participation) had struck a 13-year low for viewing figures.

It all started back in 1997 when Woods first burst onto the golf scene, but even though he has not won a tournament since 2015 or a major since 2009, he is still the biggest draw in the sport.

And this all comes at a time when many sports are reporting huge audience drops. For example, NFL football primetime games – normally a ratings juggernaut – were down by over 25% in the autumn of 2017 compared to the previous season and even Super Bowl viewing in February fell 5% year-in-year.

Analysts believed the reasons included the players’ on-field protest during the national anthem plus the adverse views about the issue of President Trump. Unfortunately, the NFL does not possess a Tiger equivalent to get their viewers back.

Twenty two years ago, Tiger Woods turned pro and was the first black golfer to break into the top echelon of the game and also the biggest hitter golf had ever seen. Courses had to be lengthened – it was called ‘Tiger-proofing’ – but his influence was everywhere and the public’s fascination with this new-age, extremely athletic golfer converted into huge TV audiences.

In 2009, for example, the final-round average TV viewership for Woods’ second-place finish in the 2009 PGA Championship was 150% higher (10.1 million from 4 million) compared to 2008, when Woods missed the tournament because of injury, according to Nielsen. There was – and still is - also plenty of anecdotal evidence of the ‘Tiger Effect’ on other channels in golf hungry markets like the UK, Japan and South Africa.

Woods broke non-TV records as well, like his $40 million, five-year sponsorship with Nike, and he became a sharp focus for the media on and off the golf course, elevating him into the kind of sporting stratosphere occupied only by the likes of Muhammed Ali and Michael Jordan. 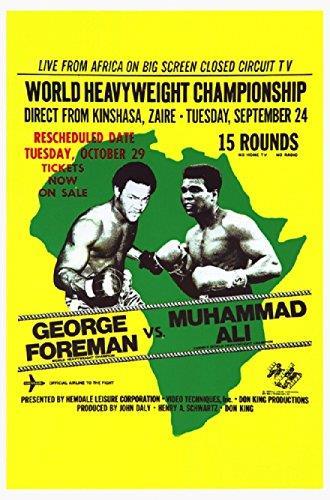 Both these superstars changed the TV landscape in their own ways. Ali’s fights, in his prime in the 1970s against Joe Frazier and George Foreman, turned into live movie theatre events in hundreds of cinemas as well as on network TV, something that had never happened before.

Meanwhile, Michael Jordan and his Chicago Bulls regularly clocked viewing figures well over 50% higher than any other NBA basketball team through much of the 1980s and 1990s. When he left he sport, so did the viewers.

Tiger has suffered significant injuries in recent years and has also been the subject of several stories of disgrace (including a nasty divorce after multiple affairs; a trip to a sex addiction clinic; and a reckless driving conviction), but all this non-golf drama in his life and the hint that one day his true greatness may return just makes TV audiences want to see him even more. Woods is now a veteran among a new generation of young pretenders such as Jordan Spieth and Rory McIlroy – golf fans now await the battles between old and new superstars.

Without Woods, last year’s Masters may have been as exciting as most others in recent times, but according to Sports Media Watch, the final round in 2017 drew just a 7.6 overnight rating, 11% lower than 2016 and 21% down from two years ago (the last time Tiger played the event) and the worst since 2004.

So, Woods’ latest comeback from injury and ignominy this year has created a whole new level of excitement that began last month, particularly when NBC Sports Group reported that the final round of the Valspar Championship – in which Tiger lost by only one shot – earned a 5.11 overnight rating, up 190 percent over the previous year. It was the highest-rated PGA Tour broadcast outside of major tournaments since Woods won The Players Championship in 2013. Even Golf Channel’s two-hour window before NBC’s final day telecast scored a 1.65 rating, its highest-rated coverage for the lead-in window since 2009. 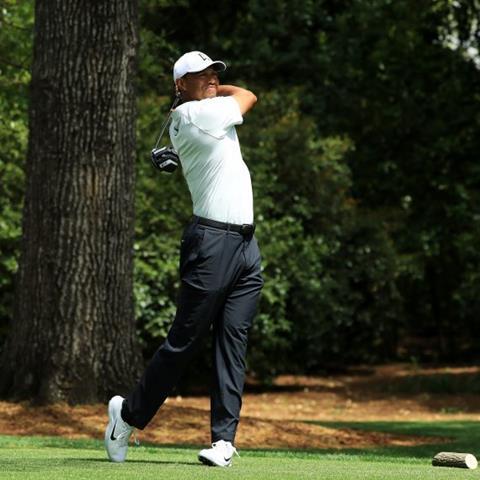 This year’s Masters was Woods’ first since 2015

The Tiger TV statistics over the years have been mindblowing even when he was not winning. In 2015 when Tiger was first struggling with severe back problems, he played a run-of-the-mill tournament that August and CBS reported a 3.2 rating/8% share on day three and a 3.9 rating/9% share on day four that were a 220% and 160% year-on-year increases for the tournament. These figures were the highest for a non-major golf broadcast since the Players tournament in 2013 when – guess what – Tiger won.

The Tiger Effect is extraordinarily far-reaching in the sport because golf’s grandees and their TV partners have recently been asking themselves “What happens after Tiger?” such has been his boost to golf participation of both men and women and, therefore, sales of clubs, balls and all golf equipment since 1997.

One of the keys to life post-Tiger will be how to keep his as many of those casual Tiger-only golf fans as possible despite golf’s problems as a live television sport: it can appear painfully slow to follow the top players and watching a white ball fly through a blue sky for a few seconds on every shot is not everyone’s idea of fun.

So experiments have already begun to improve golf TV production and keep those Tiger-only fans. For example, two tournaments in Europe are using shot-clocks to speed up play, plus tournament formats are set to change – one idea is to include both men and women pros in the same team event over just six holes of matchplay. Meanwhile, the US PGA Tour is working with augmented reality coverage tech companies and even using innovations like microphones in golf holes.

In addition, Golf Channel’s “Playing Through” innovation allows the action to continue during commercial breaks, a trick that was picked up from motor racing’s NASCAR events. Plus, helpful technology aides like ball tracker (which shows the exact flight of the ball on each shot) and 3D versions of the greens (to show how much a putt will break) are becoming normal for viewers.

So now that the sports TV executives fully understand exactly what they will be missing when Woods eventually does retire, the race is on to turn the casual fans into permanent ones.