Satisfying the demands of fans in the internet era

Sport has helped to boost subscribers and revenue, but broadcasters must contend with viewers’ demands for a greater range of content on an increasing array of platforms and devices, writes Liz McParland.

The rise of true multichannel pay-TV through the 1990s and onwards, coupled with the more recent dramatic growth in internet-delivered services and social media, have reshaped the sports broadcasting market. 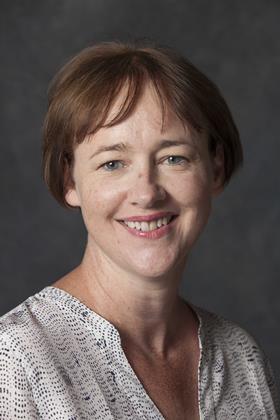 Across pay-TV, sport has been used as an arrowhead driving penetration and profit. In turn, this has driven changes on the contribution side of the equation.

We are now seeing a market that’s diversifying both in terms of the sports that consumers can watch and how they can watch them. What do these changes mean and how has the role of a modern media services provider evolved to allow customers to take advantage?

There are four key drivers of change that we see across the sports market:

The tale of Sky and the foundation of the Premier League (football, for those outside the Americas; soccer for those not) has entered into broadcasting folklore.

The emergence of BSkyB, a combination of Murdoch’s Sky Television, and British Satellite Broadcasting back in 1990, followed shortly after the Premier League was launched.

The idea behind the venture was to create a completely separate operation from the rest of UK football, or, in more blunt terms, for the new breakaway league to handle the sale of its own TV rights.

After a battle with UK terrestrial broadcaster ITV, BSkyB, in combination with a BBC highlights package deal, won the day.

A unique broadcasting precedent was set, and since then we’ve seen a hugely visible growth in both sports coverage and demand for it.

An increasing rise in rights prices has also followed suit. Again, let’s take the Premier League as the example. The initial deal was for just over £300m. In the middle of last year, The Guardian sharply pointed out, “The £10m cost of a year of Amazon’s ATP tennis deal would buy it about 81 minutes of one match of the £11m per game Sky pays under its current deal.”

There are two key points here: the rise in the cost of the rights; and the fact that FAANG (Facebook, Apple, Amazon, Netflix, Google) have now entered the fray. With Amazon acquiring the rights to the ATP tour (beyond the four grand slams) and Facebook hiring Eurosport CEO Peter Hutton to focus on securing global sports rights for streaming according to news reports, the market is clearly shifting. Undoubtedly, there is immense pressure on the traditional sports broadcast players.

For us, again being blunt, it ultimately does not matter, from a contribution perspective, as to who is the customer.

To captivate fans, sport requires high production levels and all-round engagement. The question now is, beyond the linear TV feed, what other coverage is necessary? And that’s where internet-delivered content comes in and where the market is seeing the greatest transformation.

Attracting viewers to any given sport – and maintaining that viewership - has always taken considerable effort. But broadcasters now have to think about OTT services, VOD content, instant highlights for dedicated fans via social media and additional second screen content. 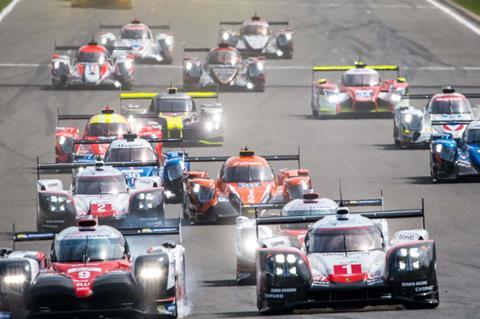 The WEC work we did is a prime example, with a second screen VOD feed with driver interviews, in-car footage from 10 cameras and lots of data. The complexity and range of content required has increased significantly and it’s something to which we have of course adapted. Having said that, the fundamental rules do not change; namely high-quality production coupled with faultless connectivity.

What has emerged is the rise in opportunities for niche sports.

No longer do they have to struggle to pay for traditional distribution, which rarely makes sense given the viewing figures; they can now stream directly to their viewers via a website with embedded player, a dedicated app or Facebook Live/YouTube Live.

This departure from traditional delivery is a game changer, and we have seen exponential growth in providing both streaming and production services for this form of sports. This is a growing market and in order to attract viewers and keep them, again it’s about the quality of coverage. Sports fans are an exacting bunch and for them quality is so important.

A modern media service provider needs to facilitate the creation of monetisable and/or promo short-form content quickly and efficiently.

This reflects the rapidly changing way that we consume content. Unlimited short-form VOD content can be created from a live feed, very quickly – close to real time – and that content can then be shared across OTT, VOD and of course social media platforms. This can be either a manual or automated process, using pre-defined rules.

In a fragmented market where competition is vicious, this level of engagement is vital, and expected by fans.

While live sport still holds great power in the linear TV world, the internet is changing the dynamic across second screen activity and the likes of FAANG are beginning to dig their teeth in too.

However, it’s worth flagging up that as the market fragments across broadcasters and platforms, sports fans are increasingly having to download multiple apps, visit multiple sites, use multiple screens, follow a wide range of news feeds and so on.

How far can this fragmentation go before we come full circle and find the vast majority of content is broadcast or streamed onto that big screen in the corner of the living room?