Is this the end of broadcast?

IBC2019: Consumers have a wide range of services available to them, from traditional providers of broadcast services over-the-air, cable, satellite or IPTV, as well as via internet distributed services on all types of devices beyond the TV screen. Ian Nock considers what impact this will have. 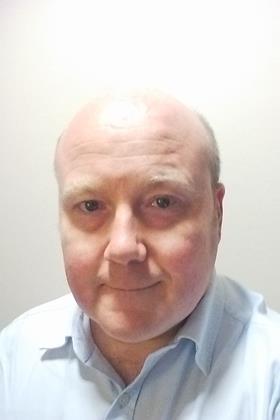 This range of choice is not new, but it is my position that we are very close to a tipping point with technology and consumer behaviour that will change how TV is delivered for all in the near future.

The growth of services being delivered over the top of the public internet will accelerate in the coming years, with traditional broadcasters and platform operators making the switch to more effective television services rather than efficient television services.

The one-to-many broadcast technologies such as terrestrial and satellite used in traditional delivery are efficient but are falling behind the needs of viewers. I believe that consumers buy effective, watch-anywhere, and on-anything programming and simply don’t care about how it comes to them if it is on their terms – which is at odds with blanket-coverage delivery of services.

Of course, Netflix and others like them have their place, I hear you say, but this is more than just about subscription on-demand services. This is about delivering full-service TV across the internet which includes big screen, small screen, portable screen, linear, on-demand and premium high-value services. In fact, everything that you expect from a traditional operator just over-the-top of the consumer’s internet connection, wherever they are, in home or out of home.

The consumption model is also changing from linear to on-demand, to broader ranges of content such as esports and ‘long tail’ subject matter – all produced with as much professionalism as any old-world broadcaster.

This is a shift from appointment-based viewing to release-based viewing as we have seen during the last season of Game of Thrones where viewers started watching as soon as they could after it was released in line with the linear schedule, and most viewers watched it on demand in the first 48 hours after broadcast. This applies equally to TV and radio, especially with the more recent consumer expansion of smart speakers that provide new delivery avenues for audio services to the extent that I have replaced my bedside radio alarm clock with one.

This is what IET Media is brought to IBC in the Future Trends Theatre, with this view of the ‘End of Broadcast’ being turned into a question that our range of experts on the panels will address. Is this really the end? Will the panelists agree with my view? Will you?

Our panels will cover the production, distribution and aggregation aspects of full-service TV in the IP age. The first panel, ‘IP Transition Impact on Broadcast’, will look at how the move to IP delivery will impact the traditional broadcast and hybrid platforms of TV and radio, the impact on industry, providers, consumers, regulation and trust, and whether there is still a role for Broadcast delivery in the near- and long-term future.

Another panel is titled ‘IP based production in the real world’. Production in IP is happening daily around the world, but does it work for all sizes of production? When are proprietary systems like NDI the right choice over standardised SMPTE ST 2110 and is there a place for mixed approaches? What is actually working now and how will it evolve?

A third panel, ‘Platform Wars’ will consider the impact of the move to OTT delivery on traditional platforms. This session looks at the new platforms, the consumer experience, the role of aggregation and the way that operators have been involved in de-aggregation and then re-aggregation of channel packages both in competition and in cooperation.

At the end of the day, the IET ‘Best of IBC’ Publication Launch and Presentation of the ‘IBC Best Young Professional Award 2019’ will be followed by a drinks reception.

The IET Media Technical Network represents the global professional community of engineers who work in the Video, Audio, Content Delivery and Production industries, and is made up of both members and non-members of the IET. IET Media as it is called for brevity was until recently known as the IET Multimedia Communications Technical Professional Network. The change of name to IET Media that we have made reflects the convergence of what were separate media industries that are now just seen as ‘Media’ in this converged world. If you are interested in joining our community, you can do so at our community pages on www.theiet.org as well as joining us in our LinkedIn group.

The IET is one of IBC’s owners. Visit the IET at the Partnership Pavilion stand 8.F51.