Latest 3GPP release is a boost for broadcasters

Release 14 of the 3GPP mobile specification is a landmark update for the broadcast industry, writes Darko Ratkaj. 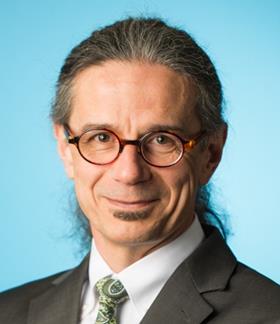 If the ultimate goal is mobile networks with significantly improved abilities to distribute broadcast content, the recently adopted 3GPP Release 14, with its latest set of mobile specifications, is a milestone in that direction.

The update contains substantially enhanced LTE eMBMS features compared to previous releases. Some of the most significant ones include:

In addition, 3GPP took important steps with release 14 to align the TV service layer with best practices in TV industry.

Ideally, broadcasters and other content providers can deliver their content and services on all distribution platforms, in the same way, using the same audio and video formats, codec, subtitling and accessibility standards.

This would reduce the need for transcoding, facilitate content re-purposing, potentially increase the value of legacy content in broadcasters’ archives and substantially reduce distribution costs and complexity.

The work in 3GPP on the TV service layer has found its first manifestation in Release 14 and might span multiple releases, which provides an opportunity for cooperation with broadcast standardisation bodies such as DVB.

3GPP Release 14 is considered to be a major accomplishment and a result of close cooperation between the broadcasting community led by the EBU and the mobile industry.

3GPP Release 14 is opening the door for a commercially viable delivery of TV services to personal devices such as smartphones and tablets on a large scale.

It allows mobile operators to build on their existing network functionalities and the broadcast industry to expand their own transmission infrastructure.

It also provides the flexibility for content providers to expand their service portfolio and creates a basis for new business arrangements between content providers and network operators. And Release 14 allows the radio spectrum and the network capacity to be used in a better way.

The next challenge will be to bring the new features in release 14 to the market, which will only be possible if the interests of and incentives for different players in the value chain can be aligned.

The EBU and its members are committed to help achieve this goal.